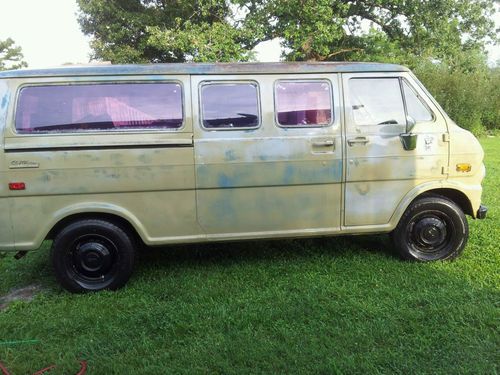 Condition: UsedA vehicle is considered used if it has been registered and issued a title. Used vehicles have had at least one previous owner. The condition of the exterior, interior and engine can vary depending on the vehicle's history. See the seller's listing for full details and description of any imperfections.Seller Notes:"GOOD CONDITION. RUNS AND DRIVES GREAT. 72,648 ORIGIONAL MILES. NEEDS PAINT AND INTERIOR RESTORED."

Condition: no dents or dings, small amount of surface rust, dash gauges and lights work. inside needs restored. purchased the vehicle from a family member.

Shipping and Payments: Shipping will determine on location. Will deliver for $3.00/mile within 300 miles of the 37385 zipcode