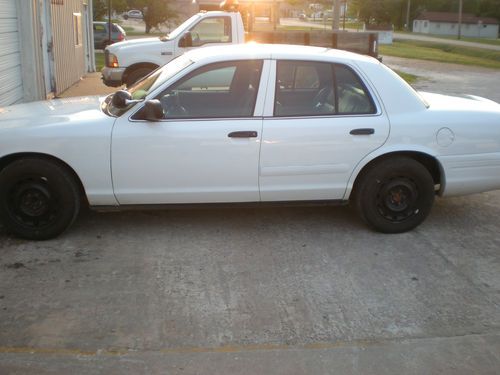 2004 Ford Crown Victoria Police Interceptor vehicle has just recently been removed from service. Vehicle has had all police equipment removed with the exception of the spotlight on the drivers door. Vehicle had a complete rebuild of the transmission in December 2013 at 55953 miles. Vehicle runs and drives. There are some holes drilled in dash where police equipment was mounted. All the graphics have been removed from the exterior. Vehicles tires are okay, but tread is getting worn down. There are no other known issues with this vehicle. Its being replaced by a new vehicle.