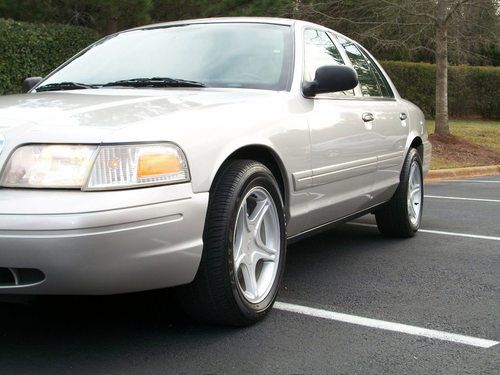 You're looking at a freshly retired NC State Highway Patrol slicktop Police Interceptor. This car was assigned to a sergeant and was all highway driven.

It was ordered with the desirable street appearance package that includes :

This Police Interceptor also has NO holes drilled inside or outside !!! Hard to find !!!

2008 was also the first year for Flex Fuel E85 on Police Interceptors.

I have had the Transmission Fully Rebuilt when I got the car at a cost of $1,900 ( receipts to go with purchase ), all NEW Internal parts with warranty to any transmission shop.

As always I have all service records with the car.

This car is beautiful and needs Nothing at all.

Car is sold as-is, may sell locally anytime, I ship Nationwide door to door, ask me for a quote ?

Don't miss out not many 2008 NC Highway Patrol this clean left around the state.