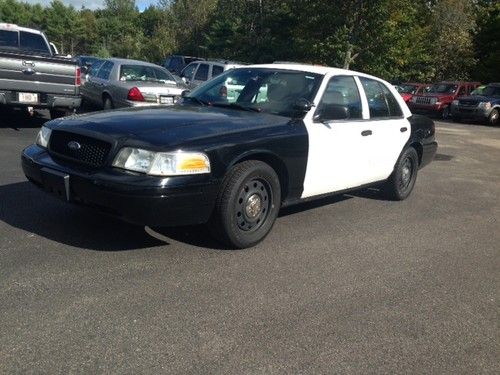 Condition: UsedA vehicle is considered used if it has been registered and issued a title. Used vehicles have had at least one previous owner. The condition of the exterior, interior and engine can vary depending on the vehicle's history. See the seller's listing for full details and description of any imperfections.Seller Notes:"Has minimal rust and is RWD. This is a very inexpensive and great way to buy a car. Sold as is and with no implied warranty."

This is a former police cruiser in great shape for 114863 miles. We recently received a group of cruisers along with this one. These municipality vehicles are all well maintained and always have great tires. This would make for a great commuter car or taxi/service vehicle.

This car has power seats, power windows, and power locks. This 2006 has a cassette player with AM/FM. Has minimal rust and is RWD.

This is a very inexpensive and great way to buy a car. Sold as is and with no implied warranty.

Along with this as I mentioned, we do have about 10 more that you can contact about. Some older and with more miles. These cruisers are all within the same years and miles. Feel free to contact me regarding this or any of our others, or if you wanted a package of them. My phone number is 207-215-6787 and my name is Ben.