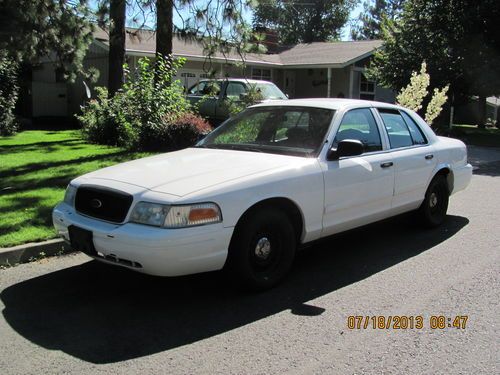 Condition: UsedA vehicle is considered used if it has been registered and issued a title. Used vehicles have had at least one previous owner. The condition of the exterior, interior and engine can vary depending on the vehicle's history. See the seller's listing for full details and description of any imperfections.Seller Notes:"Great condition overall. There are some minor dings and chips as to be expected on a fleet vehicle ot this type. Antenna holes in roof have been plugged. There are screw holes and other minor spots where police issue equipment and radios have been removed."