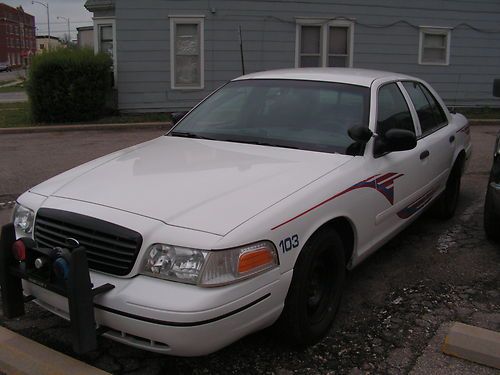 Condition: Used: A vehicle is considered used if it has been registered and issued a title. Used vehicles have had at least one previous owner. The condition of the exterior, interior and engine can vary depending on the vehicle's history. See the seller's listing for full details and description of any imperfections. ...
You're bidding on a white 2000 Ford Crown Victoria, former police car for the City of Blackwell, OK.
The car has 129,000 miles on it and is being sold as is by the City.
No warranties are expressed or implied.  The car runs and drives.
For more information about this car contact
Dewayne Wood with the Blackwell Police Department at (580) 445.8557.