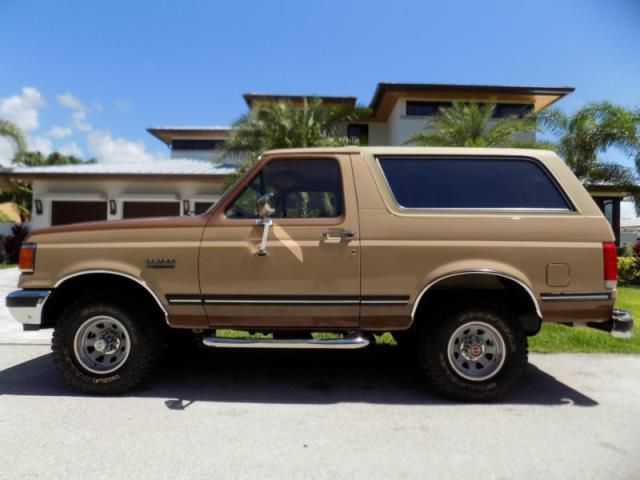 1989 Ford Bronco. You are viewing one of the nicest Original 1989 Ford broncos on the planet. This Bronco XLT has only traveled 25,047 miles since new. It was owned by 3 collectors and always garaged and babied. The Paint is 100 % original and looks like new . Its very glossy and shows like when new. No fading ,scratches , dents etc .All the chrome is in excellent condition as well . The interior is like brand new. No wear whatsoever and the seats, carpets , headliner , dash are all pristine. I took a lot of pictures to show its true state. You can see the cluster and how bright the odometer counter is and the needles. The steering wheel has zero wear and is soft like when new. The original radio works and sounds amazing. All the power windows work as does the power rear window. Cruise control and push button 4 wheel drive complete the functions. There is no locking of the hubs Its automatic and the 4 wheel drive engages effortlessly.