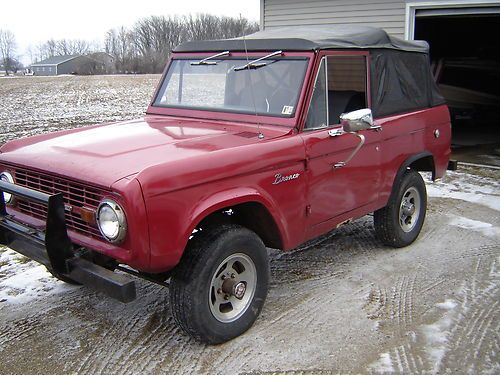 Hi, I have a 1973 Ford Bronco for Sale, I purchased this last year and planed to restore it, The guy I had to do the restoration was hurt bad in a motor bike accident, so I was not able to get it done, he started with taking the doors off and front fenders and the grill or off at this time, this run great I drove it from Pittsburgh to Michigan no problems, this is a good project for the right person, Bronco is located in Michigan Buyer must pick up, I also have 4 BF Goodrich 35" AT mounted on Mickey Thompson Rims That I can sell with  the Bronco Feel free to contact me if you have any questions nine eight nine six21 2883 Jim