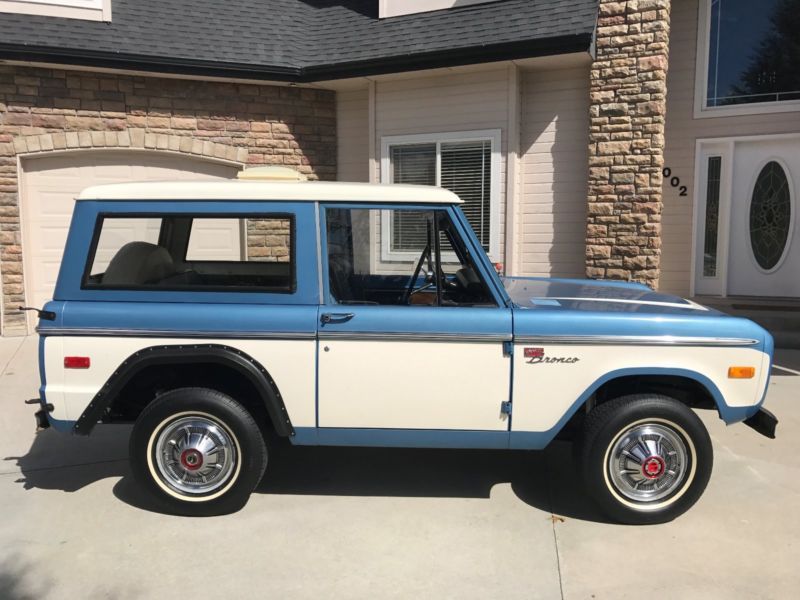 No call please. e-Mail : dindhugoknab@gmx.de I am selling an extremely rare 1974 Ford Bronco Sport Explorer with 61,478 ACTUAL/ORIGINAL MILES!!!! This vehicle is a 2 owner vehicle. It is all numbers matching, and as original as you will find one. There is no rust on this vehicle, and in my opinion, the paint is a 9 out of 10 with a few small scratches here and there. All body components on the vehicle, are stock, and came on the vehicle, with a few additions later. All service records since new, with the service manuals are included. Now for the bad....There is some wear on the driver seat, as it was left as original as possible. There are a few scratches on the interior dash. If you know what this vehicle is, you know it will sell. If you have any additional questions, or need additional pics, feel free to message me and include your email address if you need specific pictures.