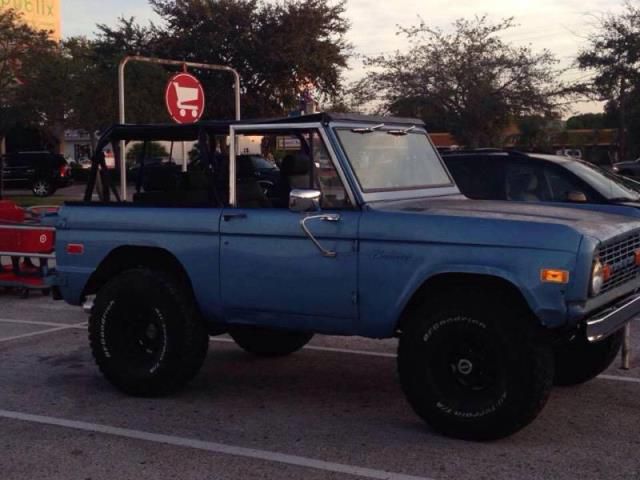 FEEL FREE TO CONTACT ME AT ANY TIME WITH QUESTIONS : bartelsstephannc1@isonews2.com

70% restored 1971 Bronco. Much of (but not all) the upgrades are listed below. Started with the engine and worked out from there. Floor has just a few rust spots. Power steering is a little loose. Lights all work. Runs great and has only had ethanol free fuel run through it since new carburetor was put on. 4 wheel drive is nonoperational currently.Doors are currently off vehicle because I preferred it that way, however, they are operational - glass for windows is operational also. Clear Florida Title. 15K put into this vehicle. Need to sell due to new baby on the way.