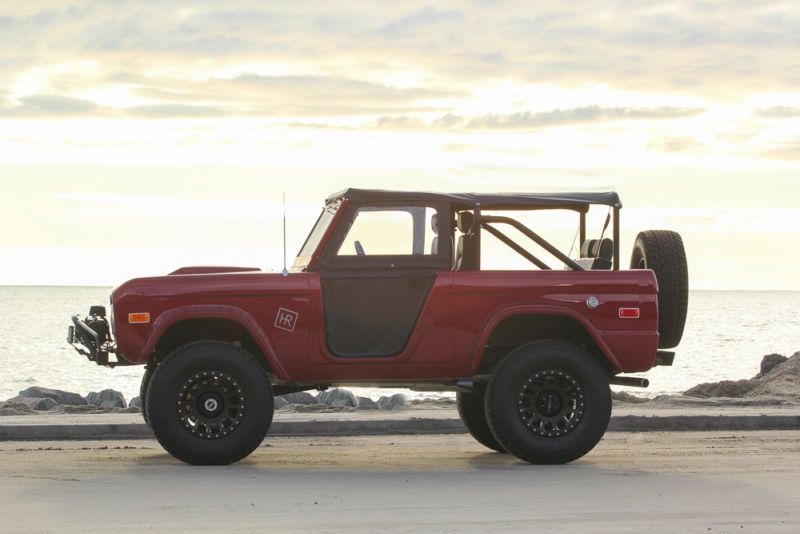 For more details eMail me : marthawilsecker@gmx.de 1973 Ford Bronco Roadster Frame Off Custom Build by Horsepower Customs Full Frame Off Custom Build - Every Nut And Bolt Gone Through 351W Stroked to 392 with Upgraded Head and Cam Upgraded 4 Speed Automatic Brand New Interior ; DashCustom Designed Removable Roll Cage - Either 6 Point or 8 Point with Two Custom Made Soft TopsCustom Stereo System with Two Layers of Sound Deadening Material Through out Paint is Perfect - Color Sanded, Polished and Buffed We put 500 miles on this Bronco for suspension and engine tuning and improving. This vehicle is very ready to go and this is not our first rodeo.