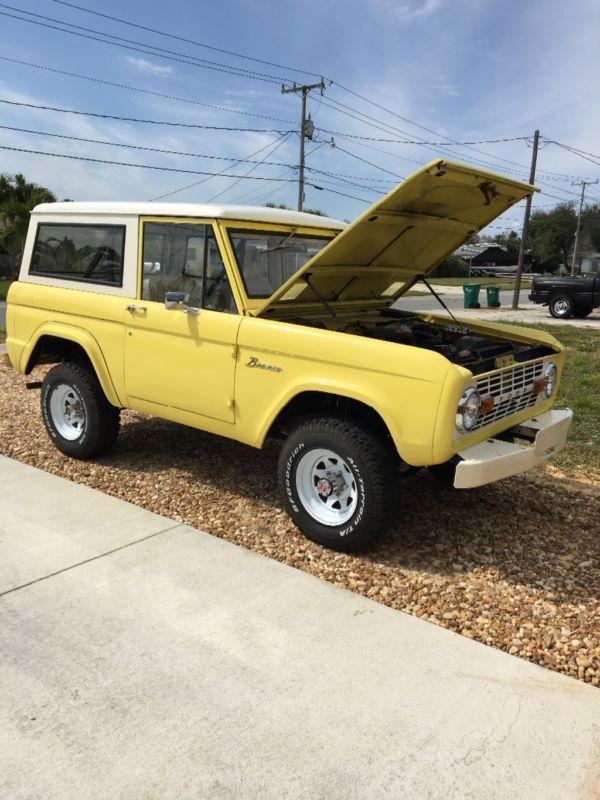 Please contact me only at : lebxoknothmagnus@web.de Here's a gorgeous 1969 Bronco. This is NOT a show car. It's a beautiful daily driver that always draws a crowd. It's been slightly restored with new PS, PB, transmission, clutch, gas tanks, starter, alternator, battery. It's a dependable driver that will always turn heads