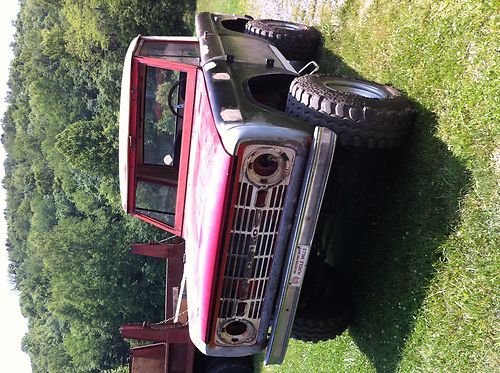 BRONCO NEEDS A LITTLE BODY WORK AND PAINT . THE FRAME IS PERFECT JUST NEEDS FINISHED NOW WINSHIELD I TOOK IT OUT BECAUSE IT WAS SCRATCHED. LIKE NEW 33'' TIRES A REAL HEAD TURNER WHEN DONE ITS A TRUE HALF CAB BY THE VIN NUMBER.

PAYMENT IN 7 DAYS  LOCATED NEAR MORGANTOWN WV. THANK YOU