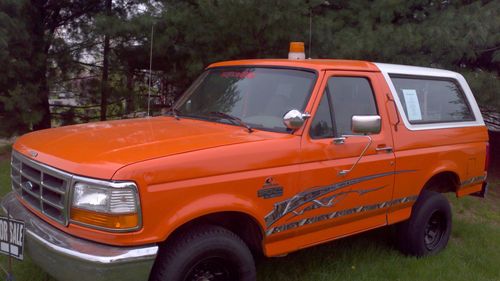 Normal wear and tear for a 1996, this is not in mint condition; and is being sold AS IS No Warranty.