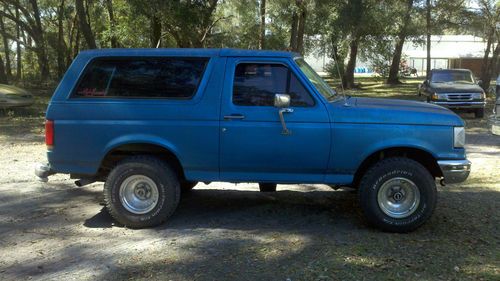 Condition: UsedA vehicle is considered used if it has been registered and issued a title. Used vehicles have had at least one previous owner. The condition of the exterior, interior and engine can vary depending on the vehicle's history. See the seller's listing for full details and description of any imperfections.Seller Notes:"Tires hold air and have good tread but they are 10yrs old and will need to be replaced if you plan on making a long trip or making this a daily driver."

If I've forgotten anything feel free to ask. If you want pictures of anything ask and I'll be glad to post them or send them to you.

I reserve the right to end this item at any time as the truck is for sale locally also.