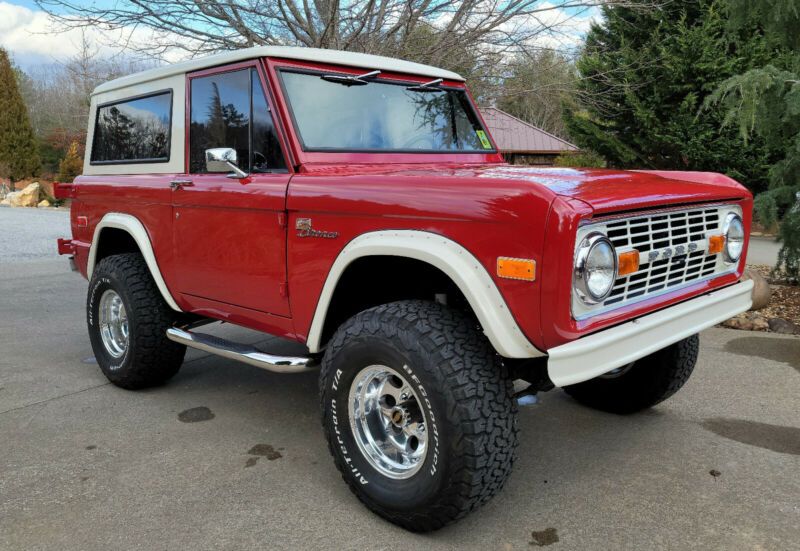 This is a fully restored red and white beauty of an American Classic Ford Bronco Sport. This is the last year that
Ford made this classic body style. This vehicle lacks nothing except a radio, and it will be complete. Primary
restoration was completed in 2015, and received lots of new parts and rebuilt to be a daily driver if desired.
Garage kept and trickle charged with minimal usage; taken out about once or twice a month for a trip up the road
and back. In absolutely great condition and runs beautifully.

Other Features:
-Vehicle is a Full Frame Off Restoration Performed in 2015. (No Rust Currently Found on the Vehicle & Interior Bed
Tray Has Been Lined in a Protective Coating)
-Custom Bronco Branded Stitched Driver and Passenger Seats
-Vehicle has Main and Auxiliary Fuel Tanks As Requested in the Restoration (Not a 77 specific feature, as the 77's
had a gas door.)