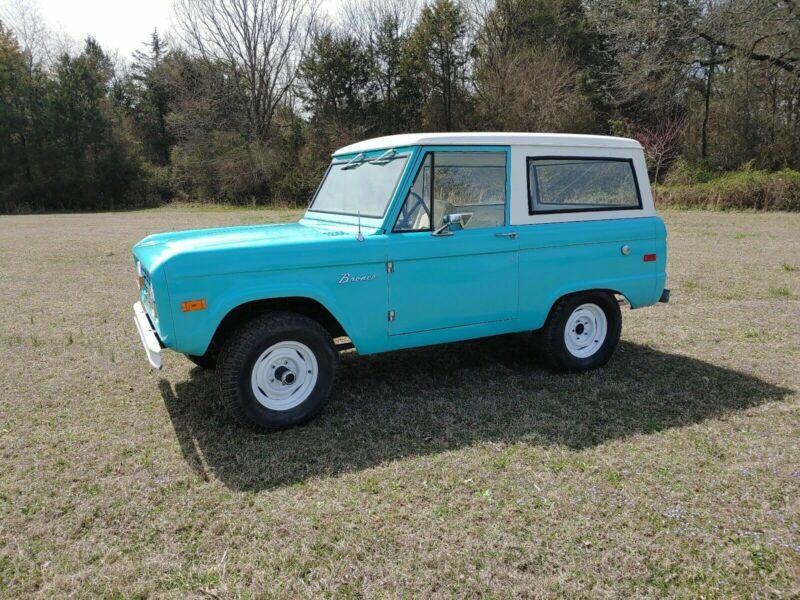 73 ford bronco uncut little to no rust 302 3 on the tree , it was repainted by the previous owner. This bronco is solid I have the spare tire rack but it is not painted and will go with the
it.