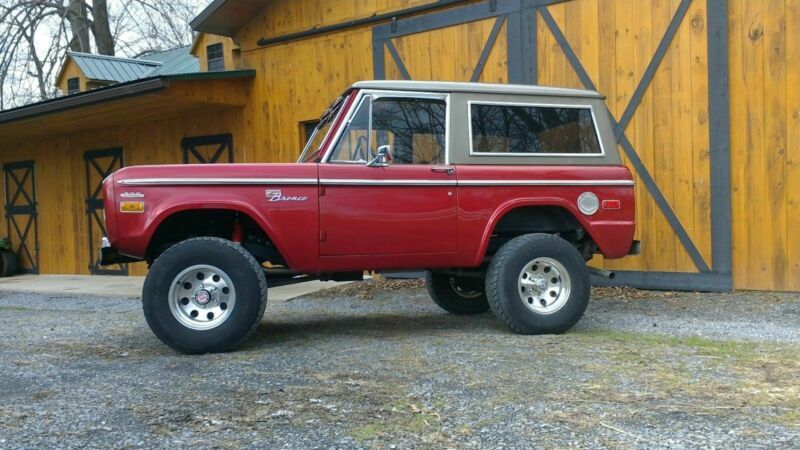 1971 Bronco Sport, 302 V8 engine, three speed on the column. Have original books and tag. The vehicle has been fully restored, everything works (parking brake needs adjustment) and runs great! Paint and Interior are in excellent condition and overall the entire vehicle is in
excellent condition.