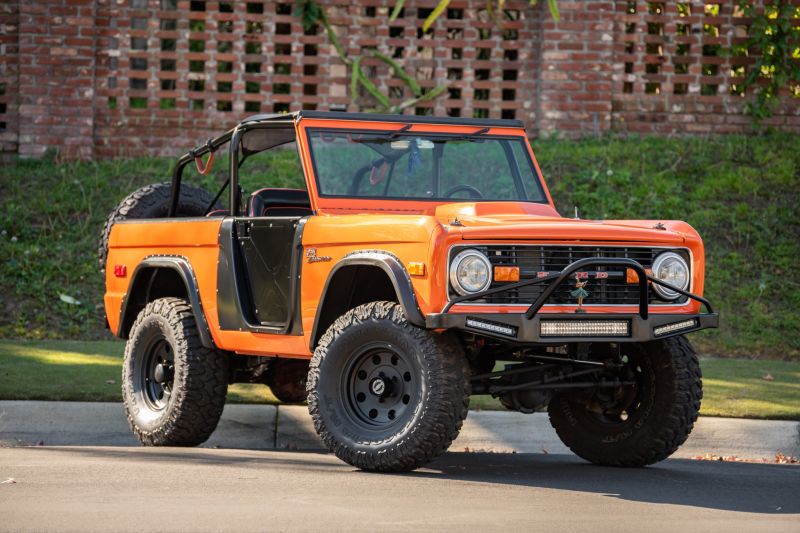 EMAIL : gurasjon@gmail.com 1971 Ford Bronco was refinished using orange paint and Rhino Lining, and 4" of suspension and body lift with Rancho shocks was fitted along with 35" tires. Power comes from a carbureted 347ci V8 stroker paired with a four-speed manual transmission, a two-speed transfer case, a 9" Ford rear end, and a Dana 44 front differential. Additional modifications include a interior, a six-point roll cage, a bimini top, and half door inserts.