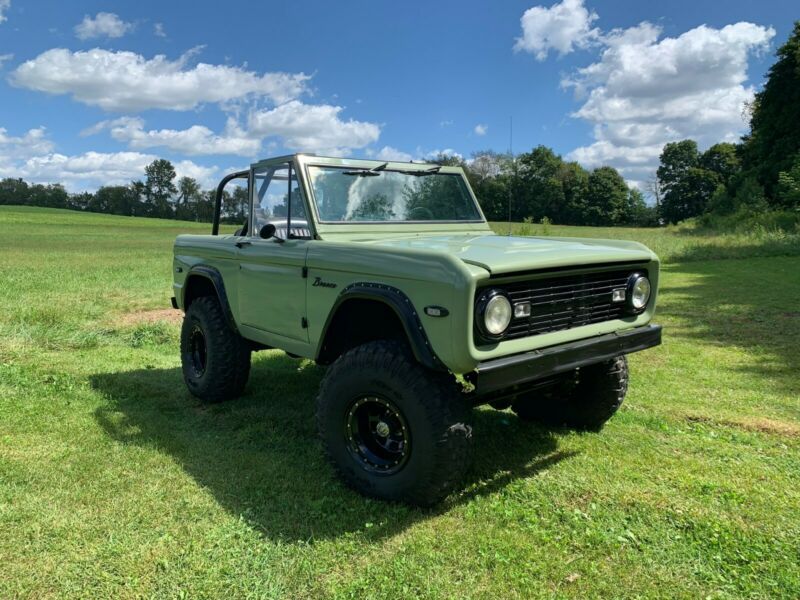 This classic Bronco catches the eye of everyone it passes. You cannot stop to get gas or be in a parking
lot without people talking to you about it. The truck paint is in good driver condition but is not show quality. it is all around a great running, driving, and really fun classic!