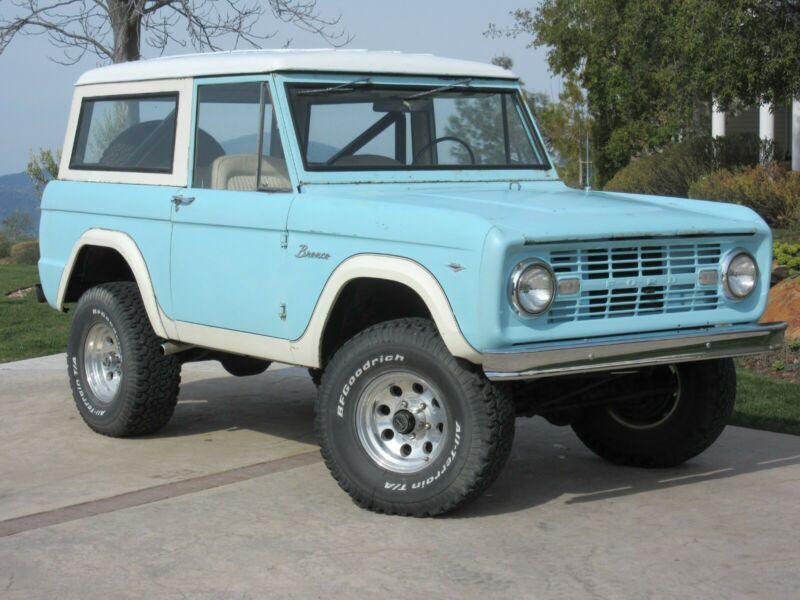 Here is a beautiful 1967 Ford Bronco hosting a completed mechanical restoration and the original patina paint.
This classic sleeper has a fresh high performance 347 Stroker and the upgraded 4-speed manual transmission. This
Bronco will make a great daily driver keeping the nostalgic look with the original patina Wind Blue factory paint.
We have completed the upgraded mechanical restoration and left the paint work original.

Cruises the Freeways w/ No Problem