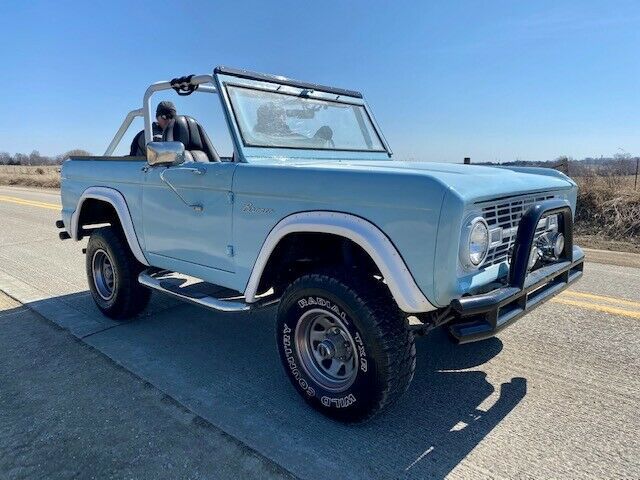 It is a very fun Bronco to drive. The 6 cyl engine is original as far as I can see and it
always fires right up. The 3 speed manual on the column shifts all gears like it should. I installed a new clutch
this last summer. The speedo works great. the gas gauge did not work,

I put on a after market temp gauge as I used it a lot in summer and always wanted to see the running temp. It works great and the Bronco doesn't over heat etc. The lights are working. I have the Hard top and the full soft top. The soft top I bought new last year. Both fit like they
should. I have the door window frames ( I removed them as I never had the top up much etc) The tires are good. The
4x4 works. The I had the bronco repainted a few years ago and it looks good. You can see some daily driver stuff
from me using it and wear from a few years, but overall very clean. The interior is original how I got it. The rear
seat is great and the passenger side seat looks good. the driver seat has some cracks in the upholstery, it did not
bother me for what I used it for but you can recover it etc. It has the roll bar. The underside looks good and
solid.