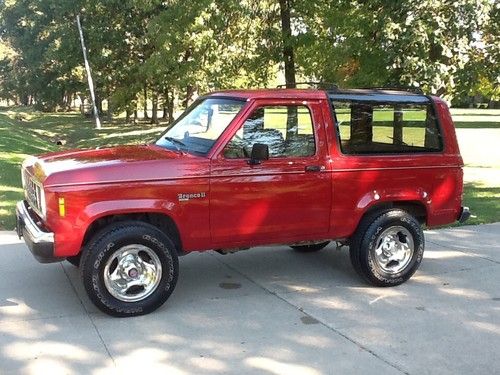 This is my Dads Bronco. It is a nice little rig he has owned it for 7 years now. It is a 2.9 6 cylinder auto with OD it has 134k miles runs and drives good cold A/C  no rust showing whenever a spot would show up he would have it touched up very fussy about it. Wheels are off a newer ranger 4x4. Interior is nice he had black carpet put in it a few years back.I didn't mention it but he normally goes to Florida for the winter so it hasn't seen much winter since he's owned it. His name is Tom and he can be reached at 517-206-9495