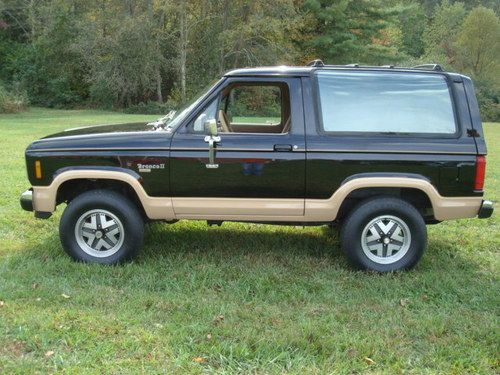 I am listing this Bronco for my Uncle. If you are serious please contact him at 276-233-6782, he can answer any questions you may have.

This is a very nice Bronco II, the photo are recent and show actual condition of the Bronco II. It runs and drives well and everything works as is should.

It does have a recent complete paint with factory Eddie Bauer strip kit. It has most all options offered for this year model.

He has a clear VA title.