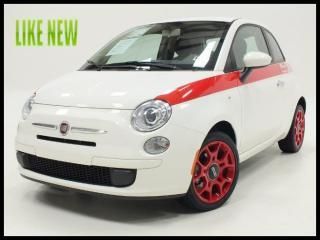 Small cars are becoming big business, especially for European automakers that are amping up the style. But is each new Euro city car's style unique?
Lapo Elkann is calling that into question. The brother of Fiat chairman John Elkann and the grandson of his late predecessor Gianni Agnelli is known as much as a style icon as he is for his work within the Fiat Group, which he has served in various capacities. He's combined the two by birthing various special editions of the Fiat 500 like the Gucci edition (to say nothing of his own denim-clad Ferraris), but now his eye is fixed on another European city car: the new Renault Twingo.
Posting photos of both vehicles on his Facebook page, Lapo is calling Renault out for what he sees as copying the Cinquecento's design.