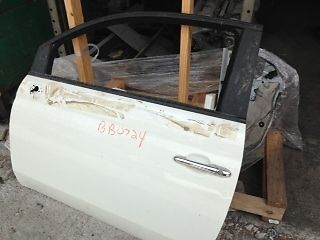 Fiat 500X scampers across the Alps

It's been a long time coming, but it's finally here. It's the new Fiat 500X: the rounder, somehow even more retro version of the Jeep Renegade. Joining an ever-expanding Cinquecento lineup alongside the 500, 500C and 500L, the new 500X is - to our eyes at least - the most handsome yet... better looking, at any rate, than the somewhat ungainly Mini Countryman. But despite its more fluid lines, the new 500X is barely any longer than the Renegade and only slightly less tall.
Taking the place of the previous Suzuki-based Sedici, Fiat will offer the new 500X in two versions (one more cosmopolitan, the other more rugged), with three transmissions, three traction systems and a whole mess of different engines. The list starts with a 1.4-liter turbo four with 140 horsepower and a 1.6-liter diesel with 120 hp, later to be joined by a 1.6-liter with 110 hp, a more powerful 1.4-liter turbo with 170 hp and finally the 2.4-liter Tigershark engine with 184 hp. Gearboxes will include 5- and 6-speed manuals and - in a Fiat first - a nine-speed automatic, driving the front wheels (with our without traction control) or all four.
Buyers will also be able to choose between 12 exterior colors, seven interior combinations and eight wheel designs ranging from 16 inches to 18, adding up to a long list of configurations to give the 500X the same kind of mass-customization options that have made its stablemate so successful. The 500X will be manufactured in Melfi, Italy, alongside its Jeep counterpart and will eventually reach over 100 markets around the world - including North America.

Godzilla stops off for a little Italian in new Fiat ad

Fiat is really trying to push its five-door 500L, which has gotten off to a rather disappointing first year of sales. The Italian brand's first big-name effort involved rapper P. Diddy and a pair of very unfortunate desert pedestrians. Now, it's gone even bigger (quite literally), teaming up with everyone's favorite, city destroying, radiation-breathing green lizard monster - Godzilla.
Yes, the Japanese monster icon is getting rebooted in a new film starring Breaking Bad's Bryan Cranston, as well as Ken Watanabe and Elizabeth Olsen. With the iconic kaiju hitting US theaters on May 16, the release of the Fiat/Godzilla ad is well timed.
In the ad, Godzilla is doing what he does best, all while devouring standard-sized 500s in the same way that you or I might eat a few grapes. This is working out quite nicely, until the big lizard bites off more than he can chew with the 500L.