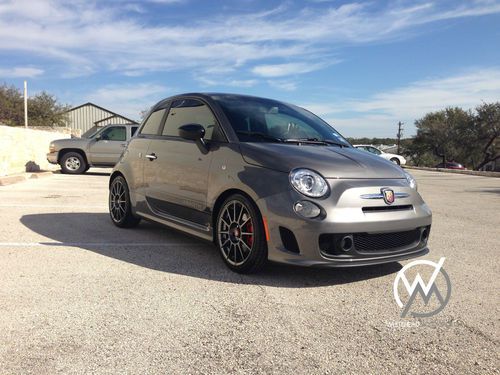 Meet the new Fiat Doblò Cargo, the Italian cousin of the recently debuted Ram ProMaster City. As part of the Fiat Professional line, we wouldn't count on seeing this one on US shores, but as Fiat Chrysler's compact cargo entry in Europe, expect to see plenty of the mini haulers across the pond following its debut at the Hanover Motor Show.
This isn't a full-tilt redesign for the Doblò Cargo, so much as it is a significant refresh that sees the compact cargo van adopt a new, more stylish front fascia, which borrows inspiration from the larger Ducato van, sold Stateside as the Ram ProMaster. While it's not terribly handsome, it is a major improvement on the awkward looks of the pre-facelift Doblò. Its links with the ProMaster City, meanwhile, are plain to see.
Unlike North America's ProMaster City, which runs on Chrysler's 2.4-liter, Tigershark four-cylinder, the Doblò Cargo is available with a pair of diesel engines; a 90-horsepower, 1.3-liter and a 105-hp, 1.6-liter. While those two mills are sure to be easy on fuel costs, they can be made even better thanks to an optional stop-start system. These so-called "EcoJet" engines can return up to 64 miles per gallon, according to Fiat.

It seems like auto buyers throughout the whole world outside of the United States and Canada have a plethora of small pickups to choose from to fit their needs. In fact, there's one just south of the border that might be perfect for many American consumers - the 2015 Ram 700.
The little, front-wheel-drive pickup is a badge-engineered version of the Fiat Strada, which is also sold in Mexico. The powertrain is limited to a 1.6-liter four-cylinder making 115 horsepower and 119 pound-feet of torque with a five-speed manual gearbox. However, buyers can choose between either a two-door, two-passenger body or a three-door, four-person version (pictured above and right) that's also available with a locking front differential. While the 700 isn't big, the two-door version still offers a cargo capacity of up to 1,554 pounds, and opting for the three-door still allows for 1,433 pounds of goods.
Prices for these little trucks aren't bad either. The two-door is priced at 182,900 Mexican pesos ($13,576 at current rates), while 241,900 pesos ($17,955) gets customers the three-door.