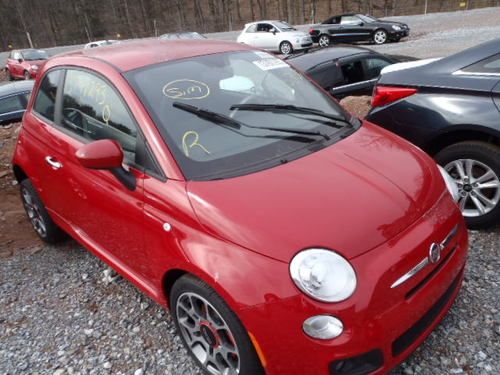 Apparently to be a cool automaker in Europe, you have to build motorcycles. Volkswagen Group bought Ducati in 2012, and BMW has made bikes longer than it's made cars (until recently, it also owned Husqvarna). Fiat might be the next automaker to get into the two-wheel business, with rumors flying that it is considering buying cash-strapped Italian sportbike brand MV Agusta.
At the moment, it's all still very much a rumor, but the purchase would certainly seem to help the motorcycle company. However, according to Asphalt and Rubber, the business would need a lot of cash to grow and sustain itself. Fiat might not want to invest so much into a brand that may never be a huge moneymaker.
MV Agusta is best known for its racing success in the '50s and '60s. Until Japanese manufacturers took over the sport, the Italian company was one of the fastest things on two wheels, with a long list of championships in various classes. Recently, it was briefly owned by Harley-Davidson.

With its name freshly on the mailbox at the Chrysler Technical Center, Fiat took its turn on the stage for Fiat Chrysler's five-year plan. Unlike the other members of FCA, though, the maker of the mustachioed minicars didn't have a great deal to talk about.
The big (and most heartbreaking) news is the announcement that Fiat will begin selling a trucklet. There was no mention of specifics, although we are sad to report that it will be reserved for Latin America alone. Sigh.
For US Fiat consumers, you can look forward to the rumored 500X, which as we've reported before, will be quite closely related to the Jeep Renegade. We can expect the bigger, all-wheel-drivier 500 to hit showrooms in early 2015 after the 500X makes its debut in Paris.