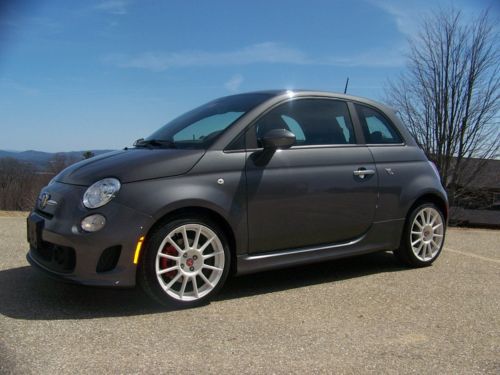 The recently launched, all-electric Fiat 500e is already facing its first recall. According to The Detroit News, more than 270 of the EVs are being recalled to replace bolts that secure the vehicles' half shafts. The official number of affected vehicles has not been announced as of this writing, as Chrysler will not inform the National Highway Traffic Safety Administration of this issue until it accounts for all problematic 500e models that are currently sitting on dealer lots.
Chrysler confirmed to the News that the problem is in no way related to the 500e's electric powertrain, simply the half shafts. The automaker launched an investigation into this problem after learning that a customer's vehicle experienced power loss. Engineers reportedly found that two assembly steps had not been completed, and that this could lead to half shaft separation.
No injuries or accidents related to this problem have been reported. Chrysler will contact owners of the affected 500e models, who will receive rental vehicles while their Fiats are being fixed. Of course, all repair work will be completed free of charge.

Boo and hiss all you want, but the truth is that manual transmissions aren't for everybody. When Fiat launched the hot little 500 Abarth last year, it did so with a five-speed manual as the only transmission available, but according to Ward's Auto, that might change.
"We're not opposed to doing it. We just didn't think there would be consumer requests for it, and there is," Fiat's North American president, Tim Kuniskis, told Ward's in regards to an automatic-equipped Abarth.
With the launch of the upcoming droptop 500C Abarth, Kuniskis says that the company is expecting a few more women buyers to opt for the more potent version of the pint-sized cabriolet. "I think when we'll see more women is when we have the automatic, and we're planning to add the automatic in the Abarth at some point, only because we're getting that feedback from customers."