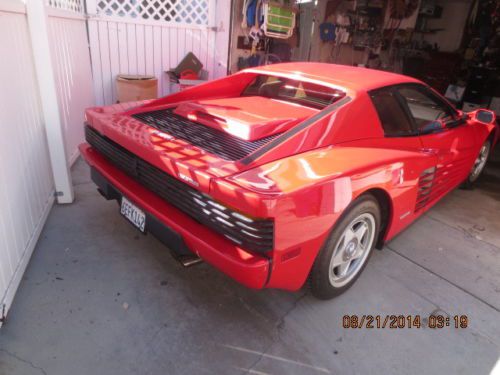 At its recent Geneva Motor Show unveiling, we couldn't help but spend a good long time gawking at the new LaFerrari supercar. It isn't just that it's the newest top-line Ferrari, or even that it picks up where the Enzo left off - it's just that there's so much to look at, from the ductwork in its long nose to the delicate artistry of its sideview mirrors. There's so much aerodynamic wizardry in play on every surface that you just want to pick it up in your hand and look underneath to take a closer look every which way - even underneath.
Sadly that's not possible, but we may just have the next best thing. Autoblog reader Giorgio has come up with this clever interactive 3D model of the LaFerrari, and we think it's neat enough that you might want to take a look - check it out by scrolling below. And don't forget - we love featuring what our car-crazed readers are up to, whether here or on our Facebook page, so keep those tips coming.

The Ferrari 458 comes from a long line of mid-engined V8 supercars to roll out of Maranello, from the 348 and F355 to the 360 and F430. Each has also bred a Spider version, and starting with the 360 Challenge Stradale (through the 430 Scuderia and 458 Speciale), a hardcore performance version. But combining the best attributes of Spider and performance model is relatively new territory for Ferrari, one which it attempted only with the limited-production Scuderia Spider 16M. And if the latest rumors are to be believed, it's about to go at it again.
Though we can't verify its sources, 4WheelsNews says it has double confirmation from within Ferrari that a 458 Speciale Spider is in the works. When reached for confirmation, Ferrari refused to comment, as it typically does on the prospect of new models yet to be announced. Given the precedent of the Scuderia Spider 16M, it would seem to make sense, but for the time being we'll have to chalk this one up as a rumor.
If it were built, the Ferrari 458 Scuderia Spider (or whatever it would ultimately be called) would take the best of the 458 Spider and 458 Speciale to pack the 600-horsepower version of Maranello's sweet-revving 4.5-liter V8 underneath a folding hardtop. The latter is something the 16M did not offer, but crucially, the new McLaren 650S Spider does. We'd also expect only a limited number to be produced at a suitable premium over the Spider's $257k MSRP and the Speciale's $288k sticker.