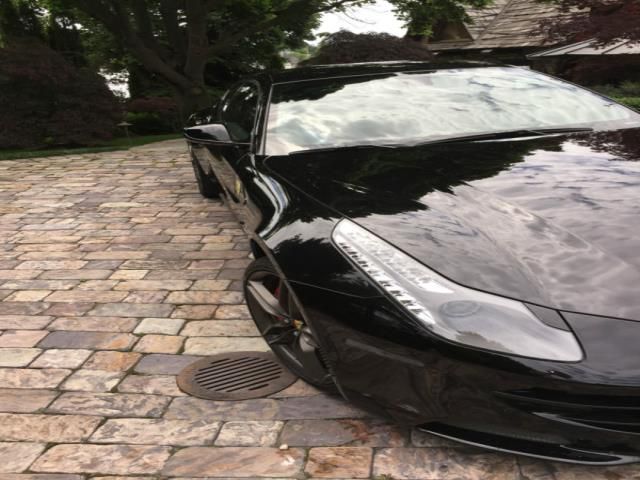 No scratches, dents, accidents, bodywork or paintwork. I'm second owner, do not have original sticker. Purchased from Lake Forest Sports Cars in Illinois with 2000 miles. Car is in Charlevoix, Michigan for the summer.

Where the current roadgoing Ferrari coupe with its rear-mounted V8 can go beyond this Speciale edition, I don't know. The 458 Italia and Spider already hold a very dear place in the hearts of anyone who has driven them on a sunny day over great roads or tracks, and I was pretty sure nothing could beat the heady sensory combo presented in the 458 Spider when I first drove it back in 2011. I may have to change my opinion now.
Companies like Ferrari are in the enviable position of sprinkling performance dust on their already-great base cars, all just to make them a skosh better and grab us again by the loins for one more model year. Some perspective: in 2002, the legendary Enzo set its personal best around Ferrari's 1.9-mile track at Fiorano, pulling a 1:24.9. This 458 Speciale with four fewer cylinders and more weight beats it with a time of 1:23.5, and not once during my laps did I feel as though I might die if my slightest judgment behind the wheel was less than on the money.