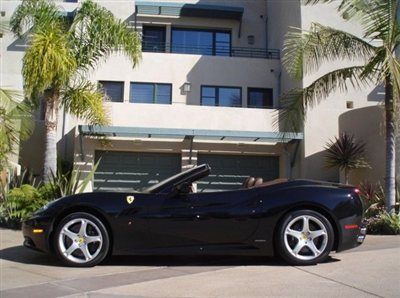 If, for some reason, you feel like we've left anything out of our coverage of the exciting new LaFerrari unveiled today in Geneva, don't fret - Ferrari has us covered. The automaker has graced us with a total of seven videos of its new hybrid supercar today including the original launch video we already showed you this morning.
The six new videos discuss a broad spectrum of topics, such as LaFerrari's overall architecture, carbon fiber chassis and body, driving dynamics and the 160-horsepower HY-KERS (HYbrid Kinetic Energy Recovery System) part of the powertrain. There is also coverage of today's auto show unveiling and, our favorite, a short video showing the car being tested around the Fiorano Circuit plus some bonus footage of past Ferrari supercars like the GTO, F40, F50 and Enzo.
In total, there is almost 30 minutes of video goodness to bring you just about all the information there is to know about LaFerrari, and all seven videos are posted below.