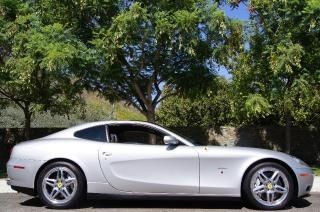 We love the Ferrari 365 GTB/4 Daytona. It's most definitely a classic, made famous in part by its appearance as Don Johnson's favored ride in the classic '80s television series Miami Vice... but we won't hold that against it.
The specific example you see above just crossed the block at the 2013 Barrett-Jackson extravaganza in Scottsdale, and it cleared a cool $495,000 after the buyer's commission was factored in. The 1972 Daytona features a sweet-sounding V12 engine mated to a five-speed manual gearbox.
Plus, it's brown, with a tan interior. Stunning. Check it out in our high-res image gallery above, and be sure to read through its official auction description below.