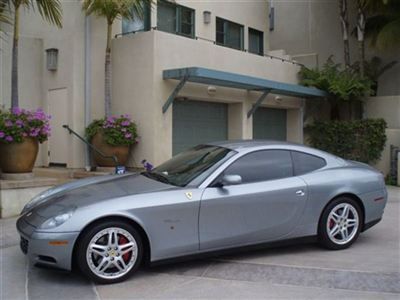 Do you know what today is? Well, besides being the anniversary of the signing of the Louisiana Purchase (thanks France!), Consumer Protection Day in Thailand and Michael Waltrip's birthday, April 30 marks the expiration of the first of two embargoes on the Ferrari LaFerrari.
That means you're probably going to see quite a bit on Ferrari's hypercar in the coming days. One of the first things we've stumbled across is this video from our friends at Top Gear. Now, this isn't Jeremy, James and Richard playing with the ultra-powerful hybrid (although it's probably only a matter of time before the LaFerrari arrives at Dunsfold), it's the TG magazine crew. It's best to think of the Top Gear video as an appetizer, though.
The main course comes from Evo, which has a far lengthier and more detailed spot, running a full 10 minutes of fun. Dickie Meaden samples the 900-plus-horsepower monster on both the Italian roads and the Fiorano test track. We won't spoil the outcome, so be sure to take a look below for both videos.

The New York Times' Wheels blog has a really interesting story on a pair of Ferraris that are set to be auctioned off in Monterey during the Pebble Beach Concours d'Elegance. While the two cars are similar on the surface, their differing histories and Ferrari's attitude towards one of them has led to a sort of experimental auction process.
On the one hand, we have one of ten 1967 275 GTB/4 NART Spiders, in the classic Rosso Corsa and appearing at RM Auctions and seen above. On the other, we have a Fly Yellow version that started life as a 1965 275 GTB Coupe, and was converted into a NART Spider. Called a "cut" car, this particular replica is one of about 100 GTB Coupes that were converted into convertibles to satiate the climbing demand for ultra-rare Spiders.
This will mark one of the first times that an original NART Spider will go toe to toe with a replica of itself at auction, and will answer a number of questions about just how important provenance is in the collector car world. Head on over to The Times blog for the full story.

The last time Formula One raced in Spielberg, Austria the track was called the A1 Ring, Juan Pablo Montoya and Ralf Schumacher were the pilots for Williams, the field contained other not-so-venerable names like Ralph Firman and Justin Wilson and V10 engines were bolted to the bulkheads - the only Mercedes units being in the backs of the two McLarens, one of which was driven by Kimi Räikkönen, who finished second behind Michael Schumacher.
The return to an old-school Formula One track - now called the Red Bull Ring - after 11 years away put an old-school team on the front row, Felipe Massa in a Williams getting his first pole position since 2008, followed by teammate Valtteri Bottas. Behind them came Nico Rosberg in the first Mercedes AMG Petronas, Fernando Alonso in the Ferrari, Daniel Ricciardo for Infiniti Red Bull Racing, Kevin Magnussen for McLaren, Danil Kvyat in his Toro Rosso, Räikkönen in the second Ferrari, Lewis Hamilton in the second Mercedes way back in ninth - he'd spun on his final timed lap after having his previous effort disqualified for going wide at Turn 8 - Nico Hülkenberg in the Force India in tenth after opting not to set a time at all in Q3.
It's a shame the well of nostalgia wasn't deep enough to give us some proper old-school racing.