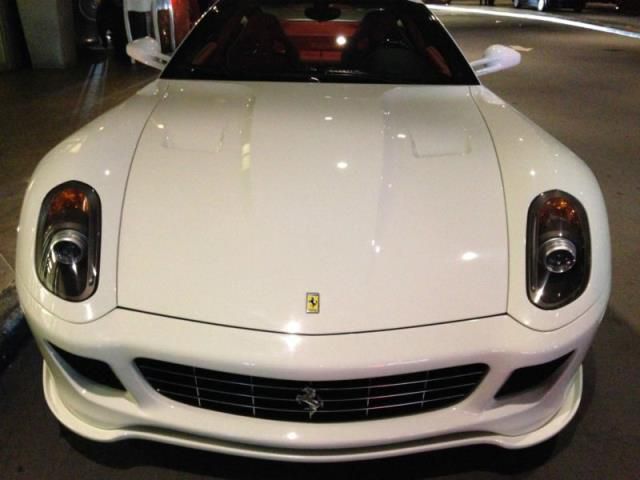 2007 Ferrari 599, one of a kind! specially ordered with Red interior and white stitching. Vehicle condition is like new, vehicle has been in an air-conditioned garage to keep it cool at all times. All service records are available, Car has never been in an accident, this car has been upgraded with A FULL BODY KIT from HAMANN that includes the side skirts, front bumper lip, rear bumper aerodynamics additions, HAMANN exhaust system and HAMANN 20 INCH Wheels. Additional rear HAMANN wing is available along with a roof air vent. HAMANN Upgrades worth $50,000. All books available. This original color combination is extremely hard to find as this car was specially ordered from Ferrari. Car has only 6835 miles on it barely used and kept very well. PLEASE SERIOUS INQUIRIES ONLY

Forced induction has definitely hit trend status when it comes to performance cars. Whether it's the supercharged Hellcat V8 in the Dodge Challenger SRT, the latest twin-turbocharged M3/M4 or even the entry-level speed of the Ford Fiesta ST, if you want the fastest car in any given segment, in all likelihood it has a turbo or supercharger. Even Ferrari hasn't avoided the bandwagon with the latest iteration of the California that replaces the original 4.3-liter V8 with a 3.9-liter turbo V8 offering 552 horsepower for more power and better fuel economy. If recent rumors prove true, it might not be the only Prancing Horse to use this engine for long.
According to Car in the UK, Ferrari is planning to boost the 3.9-liter V8 up to around 670 hp and place it in a refreshed 458 Italia in 2015. If true, that is an astounding increase over the version from the latest California and a roughly 70-hp improvement over the current 458 Speciale.
The extra power would come with a serious challenge of how to maintain the 458's delicious exhaust note. Turbocharged engines are often quieter than their naturally aspirated counterparts, modern Formula One cars serving as a prime example. The California may get a pass because it's more of a GT, but the 458 is the brand's bread-and-butter sports car. It needs to sound like a proper Ferrari V8. However, Car claims Maranello is a step ahead and has a complicated exhaust layout - as is the case with the California T, we might add - ready to keep much of the characteristic yelp in tact.