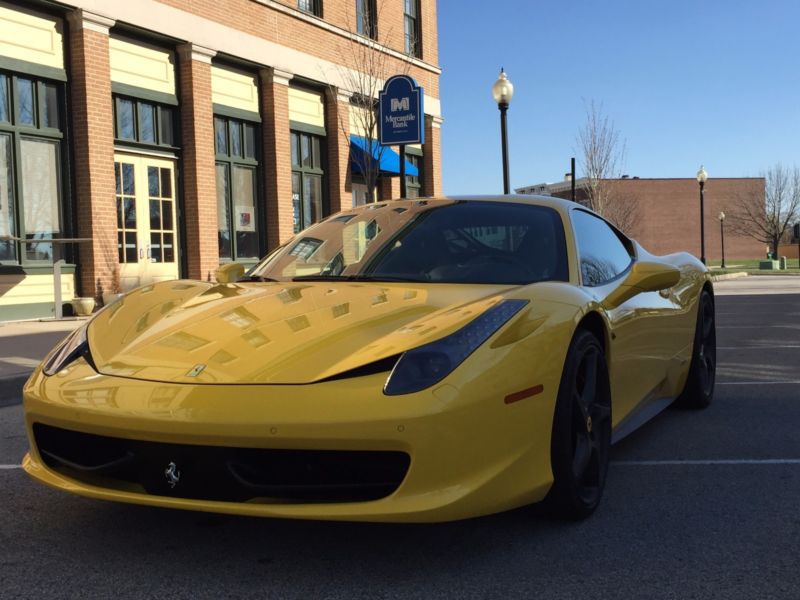 This might not come as a shock, but ultra-rare vintage cars are only going to get more expensive as time rolls on, particularly if there's a prancing horse on the car's nose. For example, in 2011, a Ferrari 250 Testa Rossa sold for $16.39 million. In February 2012, a 1964 250 GTO sold for nearly $32 million. Later that year, a 1962 250 GTO sold for $35 million. It was the most expensive car ever sold, making last year's 275 GTB/4 NART Spider and its $27.5-million auction price seem like a drop in the platinum-lined bucket. Now, there's been another high-dollar Ferrari sale.
An unrestored, 1957 250 Testa Rossa was reportedly sold for over $39 million, making it the most expensive car ever sold in the United Kingdom. Just for perspective, $39 million is about 28 LaFerraris or roughly 128 F12 Berlinettas. It's not the most expensive car ever sold, but it still represents a huge sum of money for a classic car. Part of the reason for chassis number 0704 - the car pictured above is 0714, which sold for a mere $12.2 million in 2009 - being sold for so much is down to its excellent provenance.
It made its race debut at the 1957 24 Hours of Le Mans, although it failed to finish. Phil Hill and Peter Collins racked up wins with this exact car in Buenos Aires and Sebring, according to the folks at Hemmings. Combining race wins by a former Formula One World Champion with an unrestored example of an extremely rare car (one of just 34 250 Testa Rossas ever built) makes its monumental sale price almost seem reasonable.

Supercars are a sulky lot by nature. Leave them to their own devices and they'll quickly grow despondent. That's why so many owners have more than one exotic in the stable. The Dubai Police seem to have caught on to that fact, having just added a Ferrari FF to help keep the force's new Lamborghini Aventador company. The duo will patrol the city's more affluent regions to promote the area's image as a mecca for money.
Mission: accomplished.
Of course, the Dubai PD certainly isn't the first law enforcement agency to adopt flashy cruisers, and car gods willing, it won't be the last. There was the Nissan GT-R gussied up for police duty, as well as the Lamborghini Gallardo LP560-4 and the Mitsubishi Evo X, but we have to say the DPD certainly has the most lust-worthy stable at the moment.