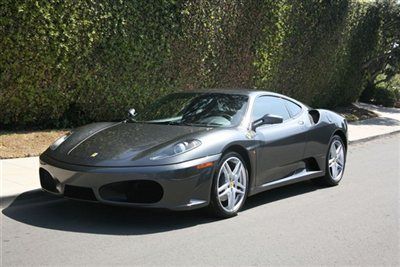 The Ferrari 458 comes from a long line of mid-engined V8 supercars to roll out of Maranello, from the 348 and F355 to the 360 and F430. Each has also bred a Spider version, and starting with the 360 Challenge Stradale (through the 430 Scuderia and 458 Speciale), a hardcore performance version. But combining the best attributes of Spider and performance model is relatively new territory for Ferrari, one which it attempted only with the limited-production Scuderia Spider 16M. And if the latest rumors are to be believed, it's about to go at it again.
Though we can't verify its sources, 4WheelsNews says it has double confirmation from within Ferrari that a 458 Speciale Spider is in the works. When reached for confirmation, Ferrari refused to comment, as it typically does on the prospect of new models yet to be announced. Given the precedent of the Scuderia Spider 16M, it would seem to make sense, but for the time being we'll have to chalk this one up as a rumor.
If it were built, the Ferrari 458 Scuderia Spider (or whatever it would ultimately be called) would take the best of the 458 Spider and 458 Speciale to pack the 600-horsepower version of Maranello's sweet-revving 4.5-liter V8 underneath a folding hardtop. The latter is something the 16M did not offer, but crucially, the new McLaren 650S Spider does. We'd also expect only a limited number to be produced at a suitable premium over the Spider's $257k MSRP and the Speciale's $288k sticker.

Among all the action at the Goodwood Festival of Speed this past weekend, Bonhams held its classic car auction, bringing in a massive $38.4 million in sales. And this was undoubtedly the highlight.
Bearing the chassis number 0384 AM, this 1954 Ferrari 375-Plus has a storied racing history, competing that year in such events as the 24 Hours of Le Mans, the Mille Miglia and the Silverstone endurance race, where the late José Froilán Gonzalez drove it to victory. One of only five made, the 375 Plus packed a 4.9-liter V12 with 330 horsepower under aluminum barchetta bodywork by Pininfarina. It was subsequently owned by Kleenex scion Jim Kimberly, trading hands between owners on both sides of the Atlantic and was the subject of a legal dispute over its ownership four years ago.
With the dispute now resolved and after heated competition between two bidders, the Ferrari finally sold for £10.7 million, equivalent to $18.2 million at today's rates and accounting for nearly half of the day's sales totals. Other highlights included a 1902 De Dietrich 16-HP "Paris-Vienna" Rear-Entrance Tonneau and a a '75 Lamborghini Countach, each of which sold for around $1.7 million - the latter eclipsing the example that Bonhams also recently sold for $1.2 million.

Harry Metcalfe, of Evo fame, got our attention earlier this week with a review of the 1954 Series I Land Rover. Today, he's gone a bit more... '80s.
Yes, this is a 1987 Ferrari Testarossa, one of the most vulgar cars from a decade synonymous with vulgar design. While your author might not be keen on its square rear end and cheese-grater doors and fenders, Metcalfe seems to like it quite a bit, giving a detailed walkthrough of his Rosso Corsa subject. That walkthrough includes some time on a subject we can certainly get behind - the TR's flat-12 engine.
Take a look at the latest from Harry's Garage.