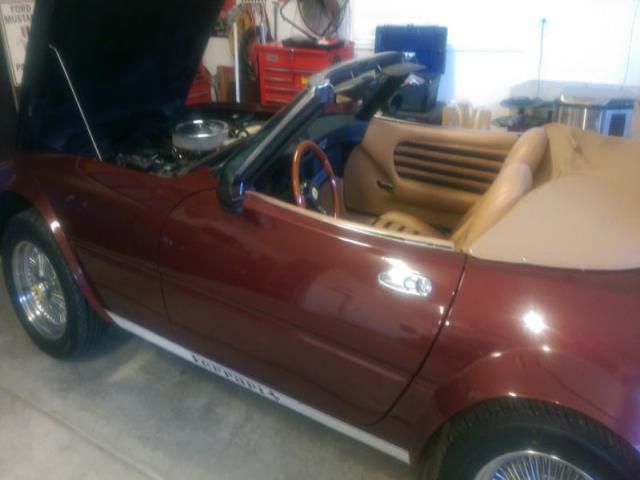 There's a stable of about 40 beautiful prancing horses hiding in a Tennessee garage. These thoroughbreds aren't out to win the next Triple Crown, though. Instead, this is one of the best collections of Ferraris in the world where you would probably least expect it.
Photographer and auto journalist Clint Davis went there to write a story about collector Phil Bachman for the Ferrari-focused Forza magazine, and he took some dazzling photographs to go along with his words. At the same time, he brought along a friend to film their day meeting Bachman and his sublime collection.
Amassing this many sensational vehicles would be amazing anyway, but Bachman takes his Ferrari obsession even further. He prefers to get his cars in yellow and tries to get the last production example of a given model. In fact, he already has a reservation for the final LaFerrari. You can probably figure out in what color. Keep your eyes open here for glimpses of a plethora of vintage beauties, but the star of the show might be a yellow FXX.

Luca di Montezemolo may not have wanted to leave Ferrari this way, but don't feel too bad for the departing chairman, because he'll be hitting the ground with a golden parachute so big that he'll never have to work again.
According to the latest reports, Fiat will pay Montezemolo 26.95 million euros (nearly $35 million) in severance pay. A little more than half of that will be paid in a lump sum of 13.71 million euros ($17.7M, equivalent to five times his annual salary) on January 31, 2015, with the rest to be paid within the next 20 years.
The payment is contingent on Montezemolo not going to work for a competitor, so don't expect to see him replacing Stephan Winkelmann at Lamborghini or Wolfgang Dürheimer at Bugatti any time soon. At least not until March 2017. Of course with that much cash on hand, the 67-year-old marquis need never work again, but considering how busy he's used to keeping himself, we'd be surprised if he didn't pop up again somewhere.

We're used to seeing fancy cars gifted to or bought by certain international police forces today, but the story of this 1962 Ferrari 250 GTE goes well beyond a gift. Because Rome's anti-organized-crime unit, Squadra Mobile, was doing a terrific job in the early '60s, the Italian president asked what they wanted as a token of appreciation. The answer, meant as a joke, was "A Ferrari." The president, in all seriousness, got them two.
One was almost immediately destroyed during testing, the other remains in the care of Alberto Capelli today, whose father began attending military and government auctions just after World War II. Petrolicious visited Capelli to hear the 51-year-old tale of the most precious cop car you're going to see for a while, and it involves outlaws, a French gangster in a Citroën, a policeman who was offered a spot on the Ferrari factory team by Enzo himself, and more. It's a fantastic yarn, and you can watch the whole story below.