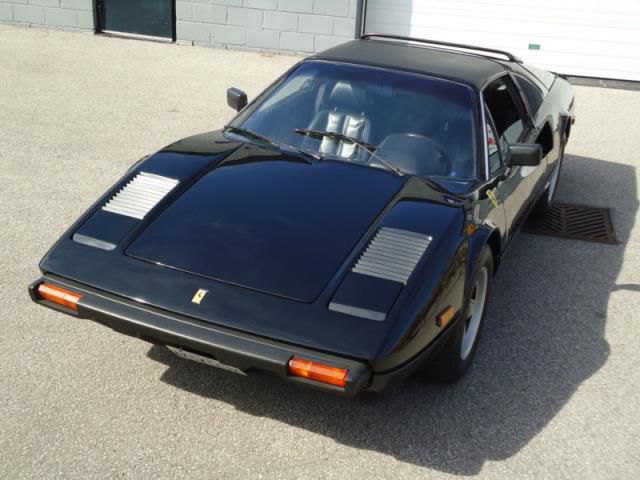 This 1981 Ferrari 308 gtsi has 73,842 kms and has been in storage since 2007 (It will need a major service). This car runs and drives but will need some work to return it to is former glory. It ran fine when it was parked in 2007. The car has some dings, paint chips and rust bubbles which makes it a great starting point for an entry level car.
if you have any questions feel free to send a message : fr9j9danielgalen@net-c.com

Celebrating the Ferrari F40 and the man who raced it

The Ferrari F40 has become one of the iconic cars of the last 50 years. It presaged the supercars of the future with its extensive use of carbon fiber and turbocharged engine, but it was also old school with no traction control, stability control or even anti-lock supervision to save the driver if they got in over their head. In its latest video, XCar Films takes a look at the F40 through the lens of a man in the UK who specializes in keeping them on the road and occasionally races these quintessential sports cars.
John Pogson has spent his entire life surrounded by engines. His father was a transport manager for a trucking company and he used to accompany him out on repairs. When he was old enough, John started repairing vehicles at a Lancia dealer, and from there, he started working for Ferrari. Eventually, he saved up enough money to open his own, independent Italian car garage. His new business proved successful, and Pogson's customers started asking him to race their Ferraris, including the F40 - something he did with great success. How could you say no to that opportunity?
While Italian cars are his specialty, Pogson also has a soft spot for all performance cars. The video shows him driving his AC Cobra with a claimed 600 horsepower and doing some smoky donuts in it. Scroll down to learn more about the F40 from one of the people that knows it best.

Tax The Rich, the YouTube channel that exists mainly to terrorize ultra-rare, ultra-expensive cars like the Jaguar XJ220, Ferrari Enzo and Rolls-Royce Phantom, has come out with its first video in two months, starring one of the rarest Ferraris of the past 40 years - the 288 GTO.
Now, by Tax The Rich standards, its treatment of the 288 is better than what the Enzo or the Rolls (especially) got in their videos. The most cringe-worthy parts are in the very beginning, before transitioning to actual roads (yes, we know the 288 was originally meant as a Group B rally car, but that makes zipping about on grass and dirt in a very rare Ferrari no less difficult to watch). After that, it's more of the stuff we wish collectors would do with their cars - drive. Seeing and hearing this 288 GTO at full clip is a thing of beauty, and something we wish were a far more regular occurrence.
Take a look below for the latest video from Tax The Rich.