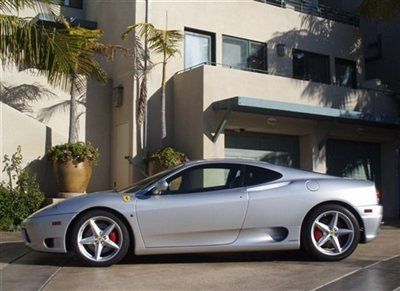 What a year it's been for enthusiasts who love high-performance, higher-dollar automobiles. The past twelve months or so have been consumed with the three horsemonsters of today's hybrid hypercar enlightenment: the Porsche 918 Spyder, the McLaren P1 and the Ferrari LaFerrari. Getting into just two of the three would be better than a lump of coal in one's stocking come holiday time, but for me, it'd still leave things feeling sadly incomplete, gnawing from within 'til the end of days.
Getting the call from Maranello, therefore, was even more fortunate and satisfying. The 918 Spyder - the only seriously green hybrid of the trio - shook me up with its sophisticated menu of technologies. The McLaren P1 remains more of a true hypercar than the Porsche, what with its e-motor designed to boost the lightweight beast to supernatural speeds above any terrestrial concerns like fuel efficiency. And now it's time for the Italian with the funny name, LaFerrari. No mistake about it: I've been waiting all year for this car a little more than I've been waiting for the other two.
This run of hypercars built up over the year like a famous three-part opera: The enthralling start of the drama sitting in the Porsche 918, tear-assing the heavier green dart around a track in Spain; then on to the UK with the lightness and quick heart of the biturbo V8 in McLaren's track-inspired P1, and it was all to be topped-off at Fiorano with the LaFerrari, fit for a Wagnerian finish.

Today is a good day for Chris Harris, Mike Spinelli and Matt Farah, the hosts of the entertaining YouTube series Drive. The show has officially moved from the world of online video and become an actual, honest-to-goodness television show.
In addition to its YouTube exploits, which will continue, ten episodes of the show will air on the NBC Sports Network. The debut will run this Saturday, and coincide with NBCSN's coverage of the 2014 Monaco Grand Prix. From the sounds of it, this first episode should be unlike anything the trio could do on the Internet.
The team is going on a Top Gear-like trans-European adventure in a Mercedes-Benz SLS AMG Black Series, a Ferrari F12 and a McLaren 650S. The three will converge on Monaco, and explore the legendary atmosphere that surrounds the principality when the Formula One World Championship rolls into town.