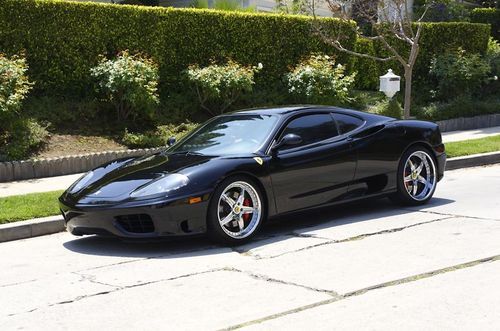 If you're planning to pick up the newest hypercar from Ferrari, you may need to do more than save your pennies. Automotive News Europe reports the Enzo successor will cost more than 1 million euros, or $1.34 million at current conversion rates. That's before taxes, too. All told, Ferrari will build just 499 examples of the tentatively named F150 according to reports. The Italian automaker has neither confirmed nor denied the price or production figures, though Fiat CEO Sergio Marchionne has said the machine is already sold out worldwide.
We do know the hybrid will serve up more than 900 horsepower thanks to a new naturally aspirated V12 direct-injection engine and an electric motor. The automaker says its HY-KERS hybrid system has cut fuel consumption by some 40 percent. Of course, adding an electric motor to the party has added some 330 pounds to the driveline, a fact Ferrari has offset by using carbon fiber for the machine's chassis. Word has it the F150 will have a curb weight similar to the Enzo at a shave over 3,000 pounds.

Race Recap: 2014 Canadian Grand Prix makes its money on the back end

Momentum. That was the word of the weekend at the last race in Monaco - Nico Rosberg retaking it, Williams getting reacquainted with it and Marussia tasting it for the first time, among other examples. That same, weighted term flew to Canada with the money circus known as Formula One, took all weekend to build and then walloped the front end of the field and the season on Sunday afternoon.
Rosberg carried his Monaco triumph into qualifying, putting his Mercedes AMG Petronas on pole ahead of teammate and reconciled friend Lewis Hamilton. Reigning World Champion Sebastian Vettel finally got the better of Daniel Ricciardo, lining up for Infiniti Red Bull Racing in third ahead of his teammate in sixth, split up by Valtteri Bottas and Felipe Massa in the Williams. Ferrari, having brought numerous aero updates for this race, didn't get the push it was really looking for, Fernando Alonso happy to get seventh ahead of Kimi Räikkönen, still troubled by his F14T, in tenth. Jean-Eric Vergne secured eighth for Toro Rosso, Jenson Button lining up ninth for a still-struggling McLaren.
When the lights went out, Mercedes, Williams and Marussia would all find out how quickly momentum can short circuit or disappear in a sparkly ball of high-speed contact, spilled fluids and tire barriers.