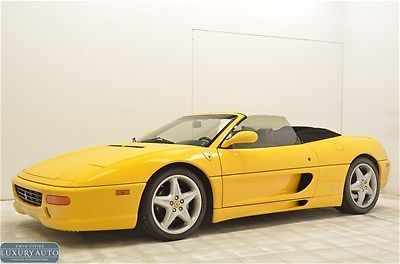 LaFerrari XX may have lapped N?rburgring in 6:35

Enthusiasts around the world - ourselves included - have been anxiously awaiting the ultimate supercar showdown. After all, we seldom see three of the world's preeminent exotic automakers come out with such closely matched machinery in such close proximity as we have with the Porsche 918 Spyder, McLaren P1 and Ferrari LaFerrari. That showdown could occur on no better a playing field than the Nürburgring, but the automakers haven't exactly been playing ball.
Porsche set down a lap time of 6:57, staking its claim as the fastest street-legal production car ever to lap the vaunted Nordschleife. Rather than challenge Zuffenhausen head-on, though, McLaren has only said that the P1 has clocked a time of under seven minutes, and though Ferrari has been testing the new LaFerrari at the Ring, it hasn't released any official time at all. Maranello may, however, be preparing to announce an even faster time.
According to word we're receiving from across the pond, Ferrari has clocked a lap time of 6:35 - only it wasn't achieved in the road-going LaFerrari, but in the upcoming track-bound LaFerrari XX. That model, which was just confirmed and spied last week, will follow in the footsteps of the Enzo-based FXX and the 599XX, which itself recorded a lap time of 6:58 in 2010. Because it's not street-legal, it didn't contend for the same honors, and within a couple of months was pipped on the leaderboard for non-street-legal vehicles by the Pagani Zonda R by over ten seconds.