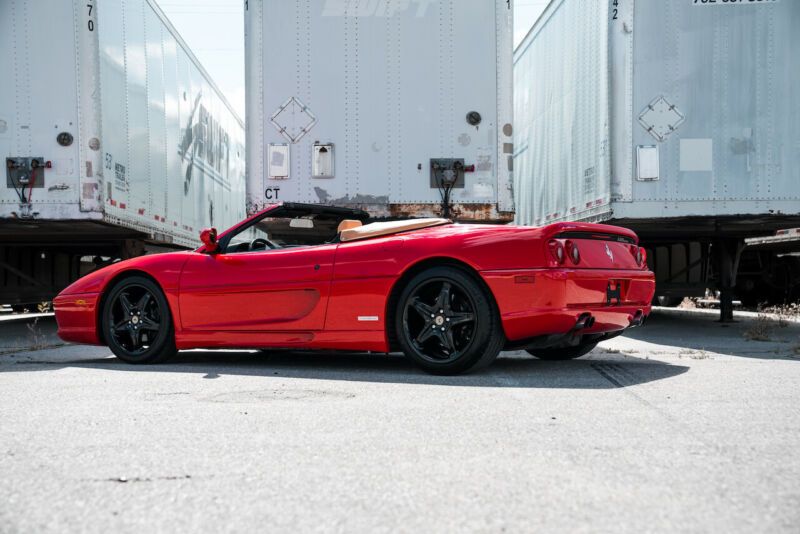 When we read reports that Ferrari had applied for a patent on a V-twin engine design, our first thought was to check the date: this says the first of October, right... not April? And so here we are, entertaining the notion that Ferrari could be developing a motorcycle engine.
The report comes from Autocar, which claims to have dug up the application to patent the design for an "internal combustion engine having two cylinders, which are arranged in a 'V' configuration." In other words, a motorcycle engine. The application reportedly goes on to describe a balancing shafts to reduce vibration. Our own research did not lead us to find the application in question, so we'll have to take it with a grain of salt for the moment. But supposing it's all on the up and up, and that Ferrari was actually developing a motorcycle engine. Would that be so out of the ordinary?
Well, yes and no. Parent company Fiat, which is taking increased direct control of Ferrari, is undoubtedly looking at rival Volkswagen and its recent acquisition of Ducati (putting it in close proximity to Lamborghini) and would be keen to get in on that action. However tenuous the relationship, Lotus has also recently authorized a motorcycle bearing its name. And of course automakers like BMW and Honda, with which Ferrari has competed on and off the race track, also make motorcycles.

There are many beautiful cars in the world, and then there is the Ferrari 330 P4 that outdoes practically all of them. Combining more curves than Christina Hendricks and the singing voice of Adele, it might just be one of the most aesthetically pleasing cars ever made. In its latest video, Petrolicious takes a look at the sole remaining original P4 in existence and talks to the lucky man who gets to drive it.
Ferrari Corsa instructor Nick Longhi has the enviable task about getting behind the wheel of the V12 racer in this video, and he says it doesn't drive the way you might think. The P4 isn't out to bite drivers who aren't paying attention. Instead, he claims that the car just does everything right and helps the person at the controls be that much better.
Historically, the P4 was Ferrari's attempt in the 1967 season to take on the dominating Ford GT40. The Prancing Horse's major achievement that year was a 1-2-3 finish in the 24 Hours of Daytona, but it couldn't quite beat the Ford at the famous race at Le Mans.

If you're one of the very fortunate souls that has $12 to $15 million burning a very large hole in your pocket, we've found the perfect way to liberate yourself from the burden of so much money - buy this Ferrari, which is being put up for auction. It's a supremely rare Ferrari 250 LM, the 24th member of a 32-car run, that rolled off the assembly line on what we imagine was a brilliant, sunny Italian summer's day in July of 1964.
Officially known as Chassis 6107, this 250 LM is rare because unlike its brothers, it wasn't originally bought to be a race car. Its first owner used it more or less as a toy, both around town and on the infamous Mulholland Drive, in California. After a pair of owners, it found its way into the hands of an Ecuadorian pair, who kicked off its racing career. Its best result was at the 1968 24 Hours of Daytona, where it finished eighth overall and first in class, although subsequent runs at Daytona and Sebring were less successful. Its most recent owner was a Japanese collector, who purchased the car in 1983 and has had it on display ever since.