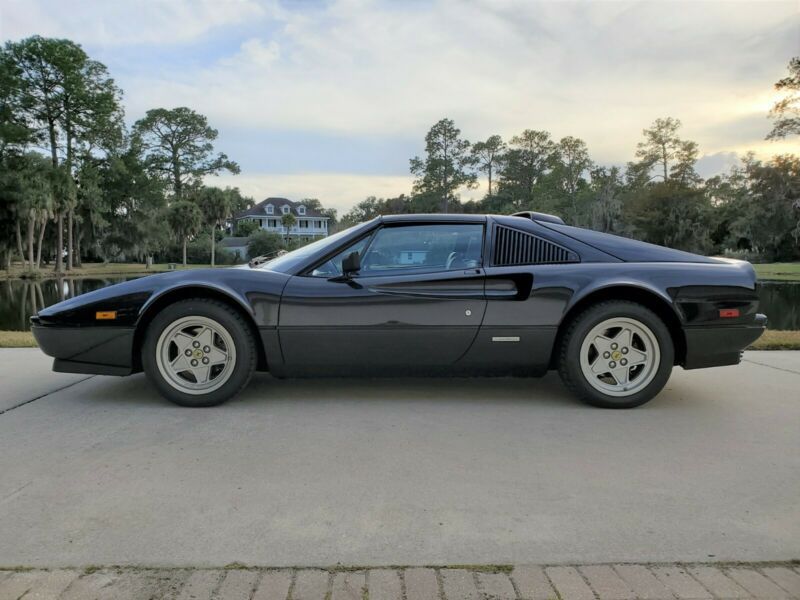 Car received its last Major Service by our shop in 2017 less than 4k miles ago. This included new tires due to excessive age. All electrical functions work, the AC is cold, heater blowers and LED switches work. The handling is tight with no noises and the car tracks straight. The transmission shifts
correctly with the normal 2nd gear delay until warmed up. This is a truly great driving car that is desperate for an owner that will drive it!!!!

Ferrari makes road cars and they make race cars, but the automaker found a middle ground somewhere in between when it launched the FXX in 2005. Homologated neither for race or street, the FXX emerged as Maranello's first customer development prototype, "allowing" well-heeled clients to test new components for the factory from behind the wheel of one of the most extreme performance machines Ferrari had ever made.
The FXX was based on the Enzo, and was succeeded by the Fiorano-based 599XX. Given the apparent success of the program, we knew it would only be a matter of time before Ferrari would roll out the next XX prototype. But what would it be based on? The Enzo-succeeding LaFerrari? The F12 Berlinetta that replaced the 599 GTB Fiorano? Or another model entirely, like the 458 Italia, FF or California?
Well now we appear to have our answer. Speaking during the Ferrari Racing Days (an extravaganza of cavallinos prancing around a different racetrack each year, held recently in Sydney), Antonello Coletta confirmed that development is underway on a LaFerrari XX. And he ought to know, seeing as how he's the head of the company's new Sporting Activity Department that overseas all of Ferrari's on-track activities - including the XX program. The news was confirmed by Ferrari in correspondence with Autoblog. Oh, and perhaps because of the spy photos you see above, which were shot recently at the famed Nürburgring track, showing an unpainted LaFerrari of some sort making fast laps and testing various tire options.

It's not hard to believe that 80 percent of the action at the Monaco Formula One Grand Prix happened didn't have to do with straight-up racing. Mercedes AMG Petronas wasn't expected to maintain its obscene advantage over the field with Monaco being a short track that rewards corner speed over top speed, but they still ruled two of the three Free Practice sessions.
Off the track, Mercedes driver Lewis Hamilton said he thought it should be easier to beat his teammate and that he was hungrier than his teammate. Then came qualifying and Mirabeau, when Nico Rosberg had set the pole lap in the dying moments of Q3, and as the final few drivers tried to best it on their last chance - including Hamilton, who said he was on the lap that would have got him pole position - Rosberg overcooked it into Mirabeau and brought out a local yellow, killing everyone's chance to better his time. Although the sun was shining in Monaco, the paddock got cold as ice; Rosberg and Hamilton didn't look at one another, speak to one another or touch one another. Rosberg said, "It was an honest mistake." After the race, a disbelieving Hamilton said to the press, "I wish you could have seen the data."
They still lined up first on the grid, though, Rosberg ahead of Hamilton, followed by Daniel Ricciardo and Sebastian Vettel for Infiniti Red Bull Racing, Fernando Alonso and Kimi Räikkönen for Ferrari, Jean-Eric Vergne in the first Toro Rosso and Daniel Kvyat in the second in ninth, split by McLaren rookie Kevin Magnussen in eighth, and Sergio Perez in the Force India in tenth.

It's been four weeks since we last saw a Formula One race, when Lewis Hamilton improbably put his Mercedes-AMG Petronas in P1 in Hungary. Even more improbably, he held onto the first spot at the finish of the race, ahead of Kimi Räikkönen in the Lotus and Sebastian Vettel in the Infiniti Red Bull.
Resuming the season at Belgium's Spa-Francorchamps circuit this weekend, Hamilton picked up his recent - and just as improbable - pole-setting form by putting the Mercedes in P1 for the fourth time in a row. The effort came during a qualifying session visited by intermittent rains and dry spells, his 54th trip to the front of the pack, tying Niki Lauda.
But neither the fireworks and surprises, the mid-field full of backmarkers, nor the tire strategies and timing choices changed the mission for the drivers in with a chance at the title: finish in front of Vettel.