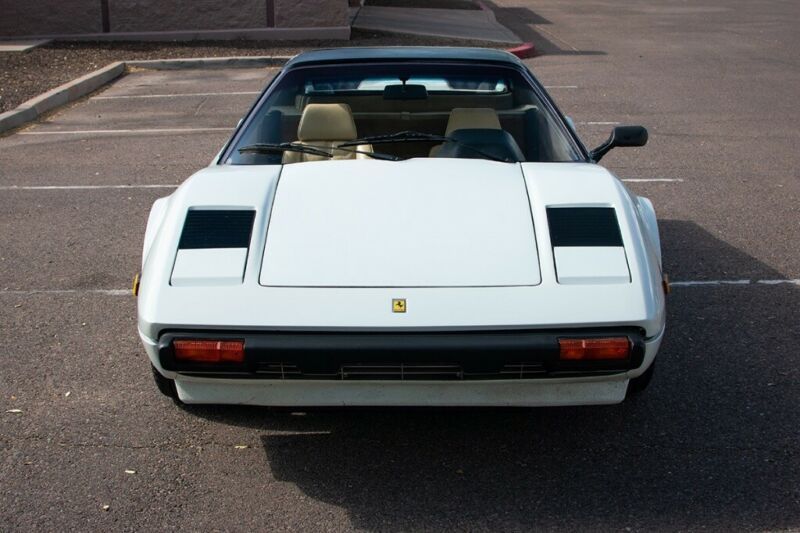 Negatives....
1. Body has minor rust spots,
2. No spare tire.
3. Seats need to be reupholstered.
4. Radio doesn’t work. (You should be enjoying the sweet engine sounds)

Michael Schumacher remains in a medically induced coma six days after a skiing accident in the French Alps. While the racing legend spent his 45th birthday in the hospital, listed in stable but critical condition, racing fans from all over Europe descended upon the clinic in which he lies in Grenoble, France, to pay their respects.
The event was arranged by Ferrari, the manufacturer with which Schumacher is most often associated after winning 72 individual races for the Italian marque between 1996 and 2006. In total, Schumacher won 91 races, stood on the podium 155 times and won seven F1 Driver's Championships over the course of his illustrious 19-year career.
Schumacher's family was deeply touched by the outpouring of support and has issued a short statement thanking Ferrari fans for their "incredible sympathies." We've gathered a few videos together showing scenes of support from outside the hospital, and you can see them, along with the family's official statement, below.

The Malaysian Grand Prix is always one of the jokers on the Formula One calendar: you know it's going to rain during the weekend, but you don't know when. This year it began during qualifying, the dammed up clouds over the Sepang track dumping their reservoirs just before Q1 and causing a 50-minute delay.
The conditions helped Infiniti Red Bull Racing close the gap on Mercedes AMG Petronas and split the Silver Arrows cars, Sebastian Vettel lining up in second on the grid behind pole-sitter Lewis Hamilton, ahead of Nico Rosberg. Fernando Alonso recovered from a suspension-damaging incident with Toro Rosso driver Daniil Kyvat to take fourth, followed by the second Red Bull of Daniel Ricciardo in fifth, then the off-form Kimi Räikkönen in sixth in the second Ferrari, Nico Hülkenberg in the Force India, star rookie Kevin Magnussen in the first McLaren ahead of Jean-Eric Vergne in the Toro Rosso, and Jenson Button in the second McLaren finishing up the top ten.
After that, though, the clouds decided they were done with F1. Save a few drop at the final corners during the race, the track stayed completely dry. And except for the beginning and the end, for the most part, so was the race.

Richie Incognito, the former Miami Dolphin's offensive lineman, reportedly vandalized his own new Ferrari FF with a baseball bat on Wednesday, in a story that is just the latest bizarre event to befall the professional football player.
Initial reports indicated that Incognito's car was vandalized and, weirdly, covered in t-shirts bearing the player's name. Following those reports, though, Incognito then told police that he attacked the black FF, although we're still unsure as of why.
Incognito has been in the news of late, following reports from the Miami Dolphins regarding his hazing of teammate Jonathan Martin. As for the Ferrari, damage seems rather light considering it was attacked with a bat by a 320-pound NFL offensive lineman. There are some dings and dents in the hood, and there's a piece of bat lodged in the grille, but beyond that, it looks like this FF will live to drive another day. Scroll below to watch a brief video report on the supercar beatdown.