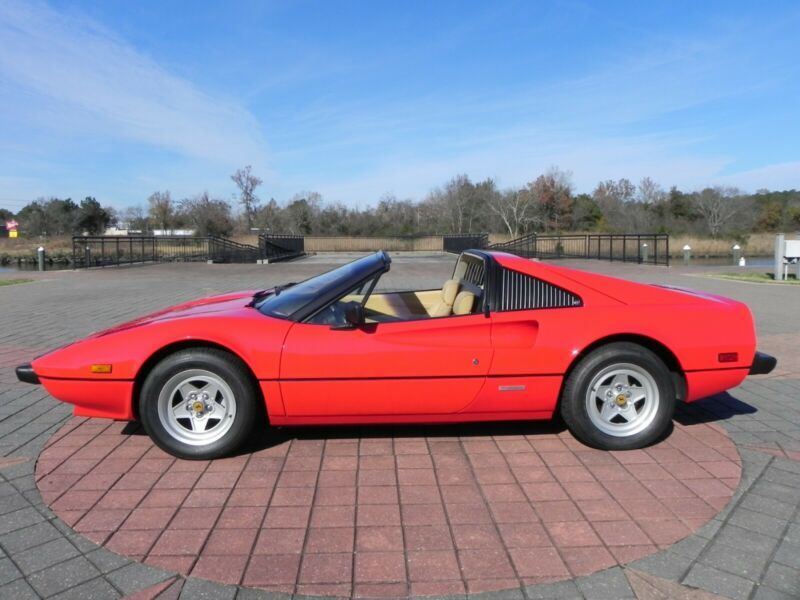 * New Clutch
* Timing Belts
* New Michelin special order TRX's all the way around, I also had them mounted and road/speed balanced at a BMW
Dealership
* Spare is original and holds air
* A/C Compressor rebuilt and restored, she blows cold : )
* New Starter installed along with heat shield
* Brake Calipers all disassembled and rebuilt
* New pads
* Rotors resurfaced and painted
* Brake Lines all replaced
* A-Arms and sway bars were all removed media blasted, etched primed and painted
* New bushings installed in A-Arms and sway bars
* Axles were completely disassembled and restored
* Front shocks checked out great they were cleaned and reinstalled rears were disassembled etch primed, painted,
and new stickers installed
* Gas Tanks were drained, new fuel pump installed along with two new correct filters (Non-ethanol fuel added)
* Bosch fuel system along with injectors were cleaned
* Every belt and hose on the car has been replaced if needed. I have all the originals. There we're a lot of them!
* Radiator was removed, boiled out, pressure tested, one small leak was found and repaired, it was completely
restored and looks new
* Overflow container was upgraded to the new aluminum container (I have original)
* The Euro Exhaust was all removed media blasted and ceramic coated, I have the complete original exhaust and will
include it
* New Spark Plugs, Wires are original and in fine shape
* New Air Filter installed along with rubber gasket around housing
* Window regulators were replaced (Yes they are still slow and need help when opening and closing) This is a known
problem
* New Water Pump
* Many of the external engine seals were replaced
* Alternator was removed, bench tested and restored
* Windshield Wiper Blades replaced
* Red Top Optima Battery installed along with battery tender pigtail
* Pioneer Stereo was added over the years, I have the original Alpine Stereo and will include it in the sale

The Spanish Grand Prix's 2.892-mile Circuit de Catalunya is considered a preview for the rest of the season, since it's a combination of long front straight and twisting middle sectors mimic sections from every other Formula One track to follow. After the long break following the flyaway races to open the season, teams and fans have also been looking forward to this race to see if anyone had a realistic hope of catching Mercedes AMG Petronas; Infiniti Red Bull Racing honcho Christian Horner boiled his team's outlook for the season down to the line, "We've got to [beat them in Spain] if we're going to make a championship of it."
If we take that as our starting point then the weekend began as a bust. Lewis Hamilton only just beat Mercedes teammate Nico Rosberg for pole, the Brit's final effort getting him 0.178 seconds clear of the German. Daniel Ricciardo, proving Red Bull is at least the best of the rest, took third but did so more than a second behind Hamilton. Valtteri Bottas of Williams lined up fourth, almost 1.5 second behind and Romain Grosjean delivered overdue good news for Lotus by taking fifth on the grid, more than 1.7 seconds behind pole. Kimi Räikkönen in sixth outqualified his Ferrari teammate Fernando Alonso in seventh, but he couldn't be happy about it because the Ferraris were nearly two seconds behind, and Jenson Button in eighth in the McLaren was more than two second behind. Felipe Massa put the second Williams in ninth, and Sebastian Vettel overcame a terrible start to the weekend to make it into Q3, then didn't set a time when his gearbox failed, then got dropped five places to 15th on the grid when the gearbox had to be changed.
When the lights went out, then came the boom...

Ferrari to reveal exclusive F12 NART next month in LA

While denying his tenure was coming to an end just prior to his resignation last week, outgoing Ferrari chairman Luca di Montezemolo hinted at two new models to be revealed next month. One we anticipate to be a new version of the 458 - either the new turbocharged M model or the limited-edition Scuderia Spider - to be revealed at the Paris Motor Show on October 2, and the other we knew would be a strictly limited special exclusive to North America. And now we appear to have an idea of what that model will be.
According to Automotive News, we'll likely be looking at a version of the F12 Berlinetta decked out with the blue and white stripes pioneered by the North American Racing Team (NART) and most recently applied to the 458 Speciale. The special model is also likely to get custom bodywork and a revised interior - similar to what Ferrari Special Projects does for individual customers, but produced in a limited run of 10 examples.
All 10 of those are likely to already have been spoken for, with a price tag tipped to exceed $3 million apiece. The model will be revealed on October 12 at a special event in Los Angeles marking 60 years of Ferrari in America which will likely be Montezemolo's last event as chairman before handing over control to Sergio Marchionne and collecting his eight-figure severance package.

Ferrari has announced the automaker will debut the company's "most powerful HyperFerrari [sic]" at this year's Geneva Motor Show. The news came courtesy of Instagram, where the Italian automaker posted a familiar-looking rendering with a quick note. Details are still remarkably scarce, though Ferrari says the successor to the Enzo throne will be able to "turn into a corner" as quick as a Formula One car thanks in part to the fact that the road-going machine will feature as much downforce as an F1 competitor. From what we've heard so far, the Enzo replacement will boast over 800 horsepower from the combination of a V12 engine and a HY-KERS system.
We've already heard some interesting tidbits about the new machine, including the fact that each model will come with a driver's seat tailor made for the buyer. Ferrari says we can also expect to see a quicker 0-120 mph sprint than the old Enzo with 40 percent fewer emissions. Stay tuned for live photos from the 2013 Geneva Motor Show.
UPDATE: After some looking into it, Ferrari does not appear to have an official Instagram account, or at least doesn't list one alongside its other official social accounts. We're of the mind now that what appeared on this Instragram is not officially from the Horse's mouth.