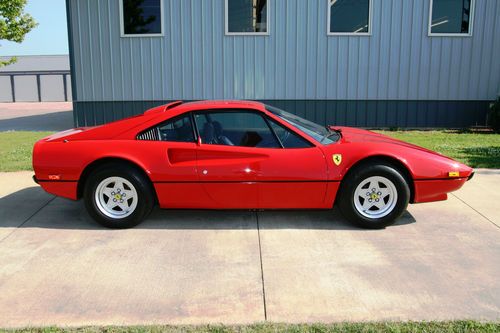 Race Recap: 2014 Canadian Grand Prix makes its money on the back end

Momentum. That was the word of the weekend at the last race in Monaco - Nico Rosberg retaking it, Williams getting reacquainted with it and Marussia tasting it for the first time, among other examples. That same, weighted term flew to Canada with the money circus known as Formula One, took all weekend to build and then walloped the front end of the field and the season on Sunday afternoon.
Rosberg carried his Monaco triumph into qualifying, putting his Mercedes AMG Petronas on pole ahead of teammate and reconciled friend Lewis Hamilton. Reigning World Champion Sebastian Vettel finally got the better of Daniel Ricciardo, lining up for Infiniti Red Bull Racing in third ahead of his teammate in sixth, split up by Valtteri Bottas and Felipe Massa in the Williams. Ferrari, having brought numerous aero updates for this race, didn't get the push it was really looking for, Fernando Alonso happy to get seventh ahead of Kimi Räikkönen, still troubled by his F14T, in tenth. Jean-Eric Vergne secured eighth for Toro Rosso, Jenson Button lining up ninth for a still-struggling McLaren.
When the lights went out, Mercedes, Williams and Marussia would all find out how quickly momentum can short circuit or disappear in a sparkly ball of high-speed contact, spilled fluids and tire barriers.

There are a lot of things you could call the Ferrari FF. Innovative, advanced, pioneering, ponderous... beautiful may not be one of them, though. Because while it does pack Ferrari's first all-wheel drive system, it doesn't pack it into a very pretty shape, alternately described as a chopped shooting brake or stretched hatchback. Word has it, though, that Ferrari is working on a solution.
That solution, according to Car and Driver, would be to chop it down into an FF coupe. Apparently separate from the SP FFX project that ultimately emerged as a one-off, this rebody could potentially solve the FF's stylistic shortcomings and attract more buyers, while retaining the 6.3-liter V12 engine that drives 651 prancing horses to all four wheels. But here's where it gets tricky: if Ferrari simply sloped the roofline and got rid of the rear seats, the finished product would end up precariously close to the F12 Berlinetta, albeit with an extra set of driven wheels.
We'd sooner guess that Maranello would lengthen the form slightly to keep the rear seats, add a trunk and give it a more graceful profile, though the elongated form of the preceding 612 Scaglietti strikes us as what Ferrari was trying to get away from with the FF in the first place. And guessing is as good as we've got at this point, as our attempts to get more from Ferrari PR resulted in a sad (if predictable) "no comment."

The 2014 Formula One season opened with one overwhelming complaint - the cars didn't sound right. It sapped the excitement, despite the fact that this season has seen a number of truly thrilling races (Bahrain, Spain and Montreal all come to mind). Attempts have been made to restore some of the audible thrill of the cars, although efforts have remained unsuccessful.
If F1 can't fix the sound of the cars, then other methods need to be considered to restore its self-perceived lack of excitement. One of those involves fitting titanium skid plates to the cars in a bid to reintroduce the sparks that were so prevalent in the sport's past.
Mercedes-AMG and Ferrari conducted initial experiments with the new skid plates during early practice sessions for the 2014 Austrian Grand Prix. Kimi Raikkonen and Nico Rosberg had the plates fitted to different locations of their cars, in a bid to see which created the most dramatic sparks. Considering the photos the tests, though, neither Mercedes' nor Ferrari's setup really seemed successful, which is why you're seeing Johnny Herbert and his 1989 Benneton B188 up top.