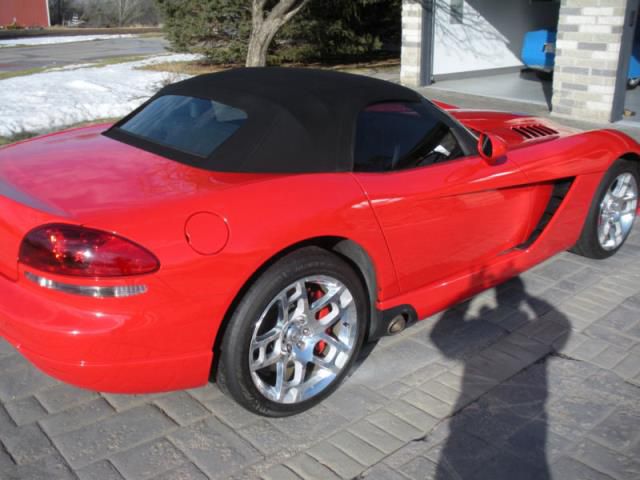 If you are looking for a smoke-free, accident-free red Viper convertible in beautiful condition top to bottom this car is for you.