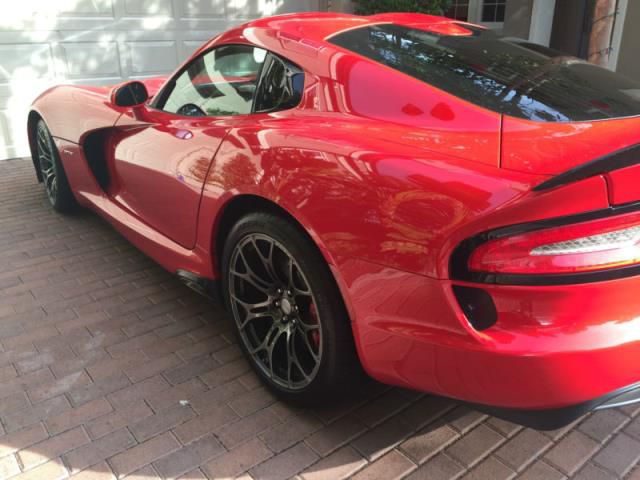 Pristine 2014 Dodge Viper GTS Coupe. Just 121 Days Old! Rare opportunity to own a Viper with every dealer option included. This car has it all, every factory carbon fiber upgrade available. Factory upgraded wheels, tires, Laguna Interior package, 900 watt, 18 speaker, 4 subwoofer factory sound upgrade. The car is a rare example in terms of the factory upgrades. This is an opportunity for a person of means and taste to absolutely dominate every road. The sheer excitement and unparalleled power of this car is without equal. If you want the power to do burnouts in fourth gear, this is the car for you. It is simply a street legal race car, unapologetic, pure adrenaline. Zero to 60 in 3 seconds. 60 to zero in less than a hundred feet. If you have not driven a Viper, you can not appreciate how fast this thing is. It's not a Vette, its not a Ferrari, Its not a Lambo.... Its a Viper! Brutally, fast, faster than anything on the road, inelegant, sexy and dangerous. If this sounds like fun to you and if you have the means please contact me to discuss the car.