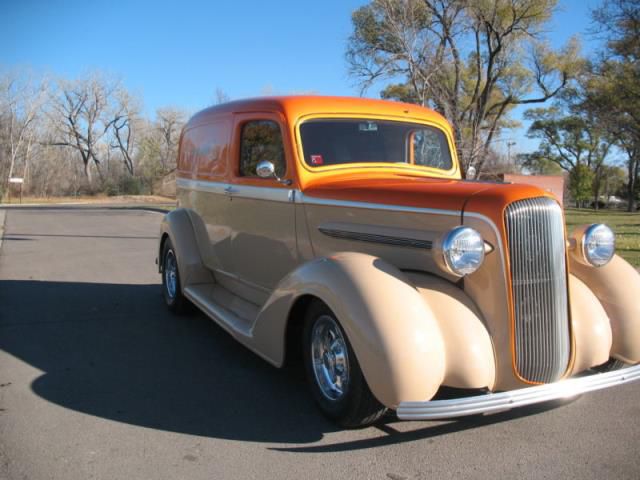 Up for sale is a beautiful 1937 Dodge Panel Wagon. Not many of these around. 350 Cu Inch Chevrolet Motor 350 Turbo Transmission Mustang II Front Suspenion Ford 9 Inch Rear End Steward Werner gauges Tilt Colume Southern Air and Heat Radio and CD Player New Tires Headers 3rd brake light This panel has been safety inspected for 2015. Every thing is in good working condition. Drives and rides like a new car. It is a real eye catcher. The body is steel,and the running boards and fenders are glass.